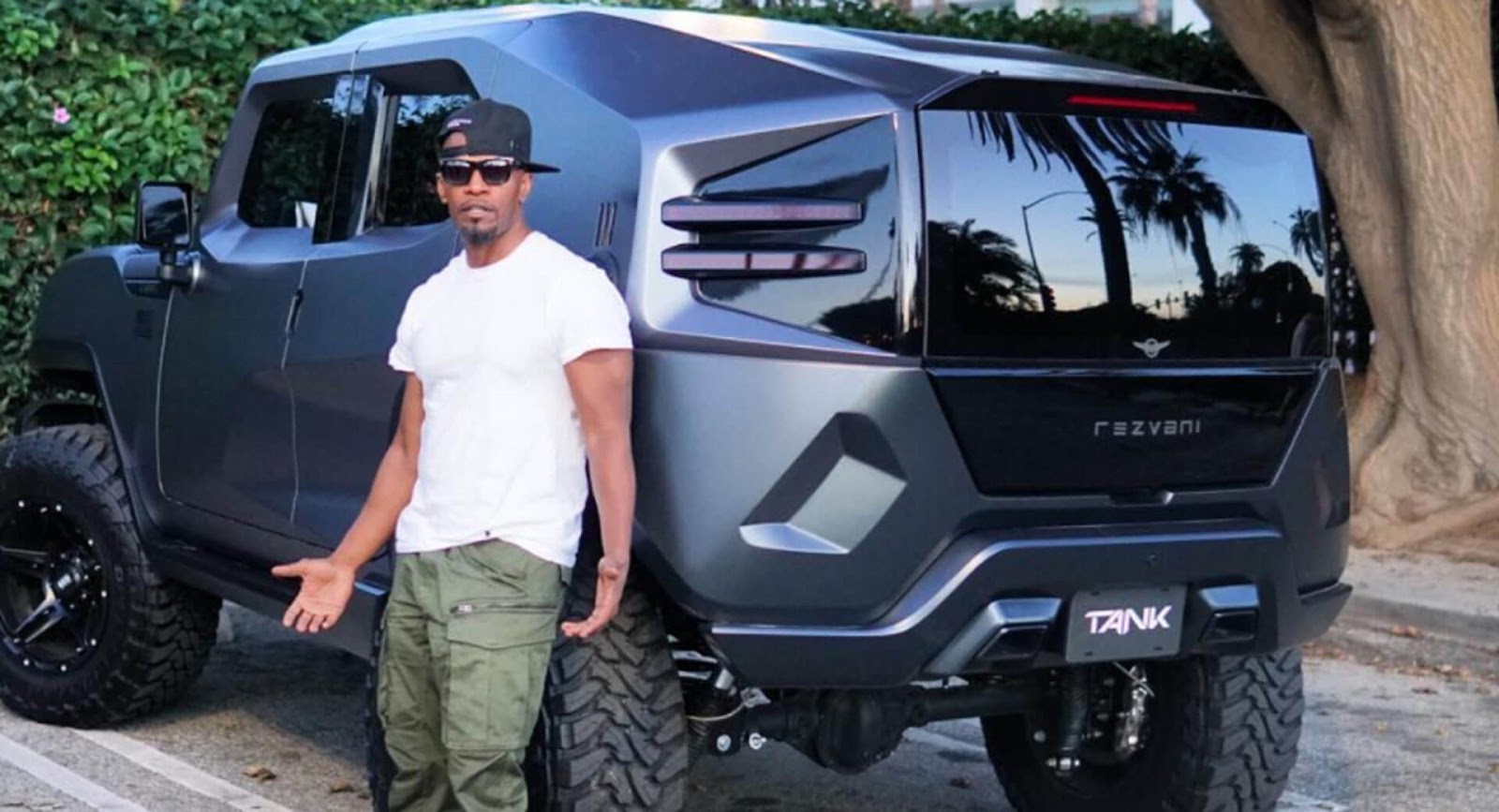 The crazy Rezvani Tank was only unveiled in October and it appears as though actor and singer Jamie Foxx has just taken delivery of one of the very first production examples.

In recent days, Foxx has shared two images of the Tank to his 4.4 million Instagram followers, one of which shows him standing next to the out-of-this-world off-roader, perfectly revealing just how large the latest Rezvani model is.

Although these images suggest that Foxx is now the proud owner of a Tank, we’re not convinced. It is very possible that the small marque has loaned the off-roader to Foxx in exchange for him posting about it on his social media channels. When the Rezvani Beast sports car launched a couple of years ago, another LA-based singer, Chris Brown, claimed ownership of the vehicle, posting numerous pictures of the car and using it in a music video.

Whatever the case may be, it is impossible to ignore the Tank’s outlandish design. It includes huge off-road wheels and tires, tiny windows, matte black paint, an impressive ride height, and a rear-end that looks more fitting of a futuristic military vehicle than a road-going SUV.

Power for the Tank is provided by a 6.4-liter V8 engine delivering 500 hp and funneling power to all four wheels.