New BMW i8 Roadster Starts Rolling Off The Line In Leipzig 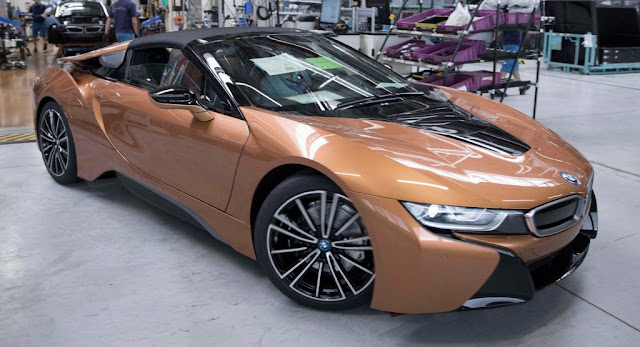 Late last year, BMW took the wraps off the new i8 Roadster and revealed it to the world for the first time. Now the plug-in hybrid convertible has starting rolling off the assembly line – along with its enhanced coupe counterpart.

The latest versions of the i8 feature an upgraded powertrain. It consists of a 1.5-liter turbocharged three-cylinder internal-combustion engine, now producing 231 horsepower and paired with an electric motor good for another 143.

Those figures are up from 228 and 131, respectively. Their combined 374 hp propel the coupe to 60 in 4.2 seconds and the roadster in 4.2. They’ll top out at the same electronically limited 155 mph, traveling for 34 miles (for the coupe, 33 for the convertible) on a single electric charge.

The coupe continues with its 2+2 layout, while the roadster incorporates two seats in front of its folding fabric roof mechanism. They’re both built on the same lightweight architecture, the roadster featuring a pair of frameless, aluminum-skinned carbon-fiber doors. The upgraded coupe and new roadster will begin arriving at dealers this May.

“We are proud to be able to manufacture another top product in our plant,” said plant manager Hans-Peter Kemser. “An important factor here is the long-standing know-how of our Leipzig employees in the production of electric vehicles. ”

Since production began in 2014, the BMW plant in Leipzig has built some 130 examples of the i8 every day. According to the manufacturer, that makes the i8 “the world’s best-selling plug-in hybrid sports car,” a rather narrow segment abandoned by rival GM and its Cadillac ELR. Higher-end exotics like the Porsche 918 Spyder and McLaren P1 were produced by design in much smaller numbers. 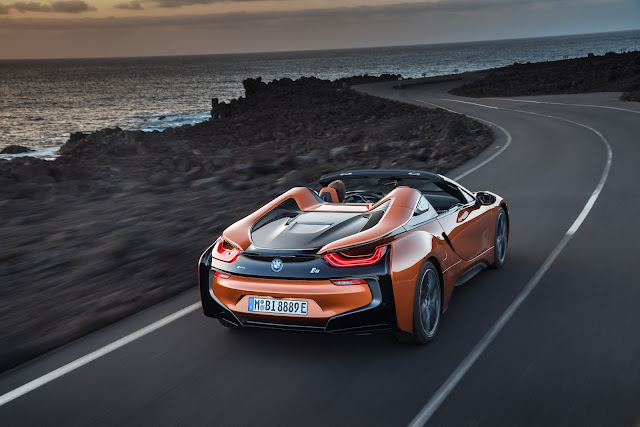 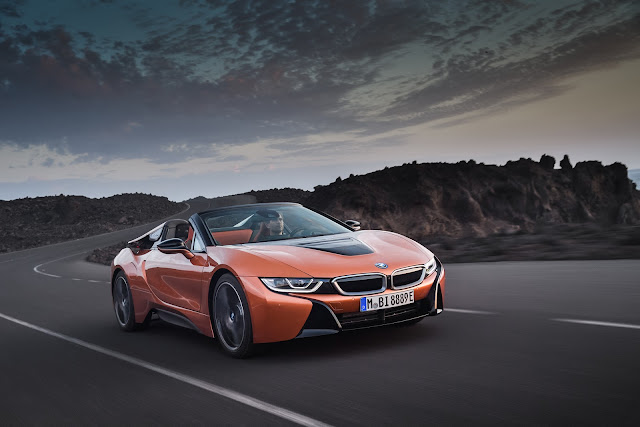