Koenigsegg’s Displaying Two Regeras And A Restored CCX In Geneva 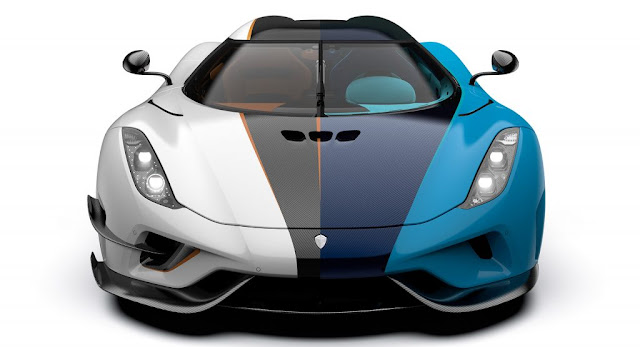 Koenigsegg is speeding straight for the Geneva Motor Show this week with a trio of its ultra-exclusive hypercars, paying tribute to its past while celebrating its future at the same time.

To that end, the Swedish exotic automaker is bringing two examples of its new Regera, and displaying an older CCX alongside them.

The first of the two Regeras is done up in Crystal White with a clear carbon stripe up the front and over the top, highlighted by orange accents. It’s also fitted with the optional Ghost aerodynamics package that increases downforce by 20 percent.

The second is more streamlined and finished in Swedish Blue with Ocean Green accents inside and out. Both are customer-commissioned vehicles and wear the Tresex carbon-fiber wheels, shod with Michelin Pilot Sport 4S rubber.

And of course they both pack Koenigsegg’s advanced hybrid powertrain, pairing a 5.0-liter twin-turbo V8 rated at 1,100 horsepower with an electric assist contributing another 670 hp. Working in concert, they deliver a maximum combined output of 1,500 hp, all channeled to the rear wheels through the Koenigsegg Direct Drive transmission.

They constitute two of the 80 total examples that will be built, all of which have already been spoken for. That leaves prospective owners to seek second-hand models, which Koenigsegg is showcasing with a 2006 CCX that will appear alongside the two Regeras.

The rare right-hand-drive example is powered by Koenigsegg’s older 4.7-liter twin-supercharged V8, sending its 806 hp to the rear wheels through a six-speed manual transmission. It’s been repainted in its original Royal Blue, and fitted with new natural-colored aniline leather interior and basket-weave trim – all backed by a two-year factory warranty. 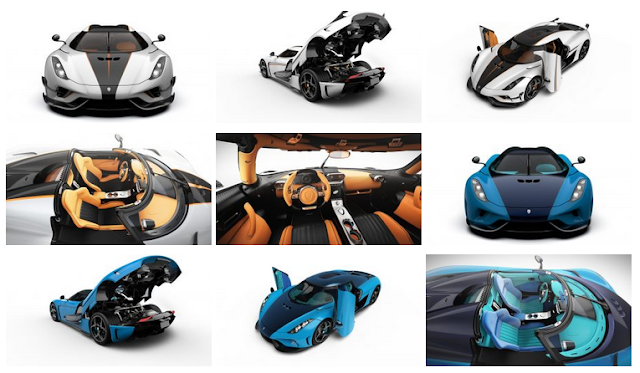