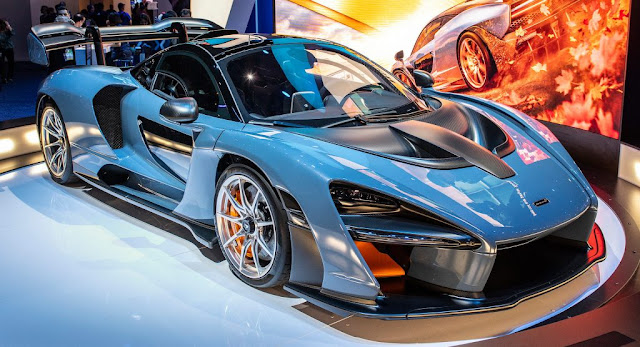 Speaking at the recent SMMT industry summit in the UK, #McLaren CEO Mike Flewitt called for a future “weight race” to replace the traditional power race as a means for more efficient future cars.

In a world where four-door sedans and SUVs offer 600hp or more and new supercars must have a horsepower figure that starts with a seven, there’s a growing concern for the flaming power war that shows no signs of slowing down.

Sure, it’s great that we get to see cars with 650, 800 or even 1500hp in the case of the Bugatti Chiron but things like stricter emissions legislation will eventually force manufacturers to change their tune and focus on other areas in order to extract more performance from them.

McLaren’s boss said that the industry should work hand in hand with the government in order to develop the synergies between future powertrain development and the clever use of lighter materials that will help save weight and therefore reduce the need for more and more horsepower.

Flewitt said that the technology developed by smaller-scale manufactures such as McLaren will eventually benefit the mainstream industry and economy. Mclaren will open a brand new Composites Technology Center in Sheffield, UK later this year, where they plan to find new ways for making lighter and stronger carbon fiber tubs for its models.

“We now have a fantastic opportunity for the UK to be at the very forefront of a new automotive weight race that can help achieve increasingly tough environmental targets,” Flewitt said at the SMMT summit.

“It is clear to us that to be successful in lightweighting, industry and Government need to continue to work closely to ensure we all capitalize on the benefits for the sector, for the UK in general and also for vehicle owners who will increasingly demand more efficient products that deliver the driving attributes they expect.”

Is this the first sign of the power war slowing down? We’ll have to wait and see.
Tags : McLaren, McLaren Senna, Reports,
Share to: