McLaren 720S By Novitec Grows Out Of Its Birthday Suit, Can Get Up To 795HP 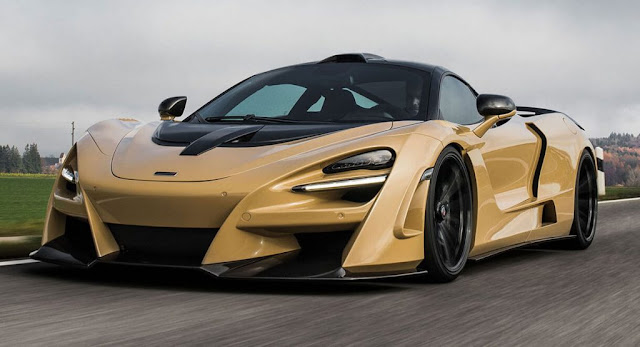 While Novitec’s previous encounter with the McLaren 720S was all about power, this one is all about styling. In a very extreme, track-focused type of way.

Aimed at those who can’t be bothered with fuel prices, the body kit consists of a new front bumper with reshaped lower air intakes and a more aggressive apron. The roof has welcomed an air scoop, there are new side skirts, a different rear bumper, active wing, new wheels and a two-tone finish.


With the aftermarket parts installed, the McLaren 720S N-Largo by Novitec looks almost as aggressive as the Senna. And while it might not be to everyone’s taste, how often have you seen a British supercar with a wide body kit? It’s bound to turn heads, and courtesy of Novitec’s former upgrades for the 720S, the exotic model born in Woking can become even more powerful than the McLaren Senna.

With that much power available from the tuner and a menacing look, it probably won’t be long until we’ll see this crazy Macca on the drag strip. Until then, let’s take a closer look at it in the video and photo gallery released by Novitec.
Tags : Galleries, McLaren, McLaren 720S, McLaren Videos, Novitec, Tuning, Video,
Share to: