Range Rover Gets A More Potent Twin-Turbo Diesel For 2019 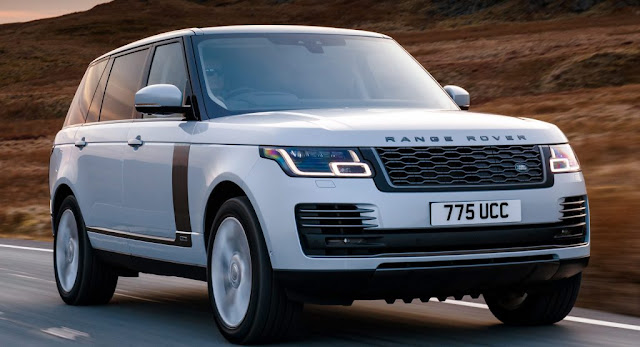 Land Rover rolled out the current, fourth iteration of its flagship Range Rover in 2012. It’ll be another few years before its replacement is ready. But in the meantime, it’s keeping it fresh against the barrage of luxury SUVs with the odd enhancement here and there. And for 2019, that includes a new diesel engine.

More potent still, the 4.4-liter twin-turbo diesel V8 (rated at 335 hp and 546 lb-ft) is now being offered with an enhanced eight-speed automatic transmission. And that’s before you delve into the extensive range of gasoline engines and the 2.0-liter four-cylinder plug-in hybrid model.

Like the lower-level Range Rover Sport, the flagship model also benefits for 2019 from the availability of adaptive cruise control with stop-and-go function and steering assist.

“Range Rover is the original luxury SUV and the most capable and refined vehicle of its kind,” said vehicle line director Nick Collins. “The latest updates ensure customers enjoy the peerless comfort they’ve come to expect, with more choice, convenience and safety than ever.”

The updates were announced for Land Rover’s home market in the UK, where prices start at £64,084. No word on what (if any) of these enhancements will carry over to the North American market, where the Range Rover has been offered with the old single-turbo diesel.
Tags : Diesel, Land Rover, Range Rover,
Share to: