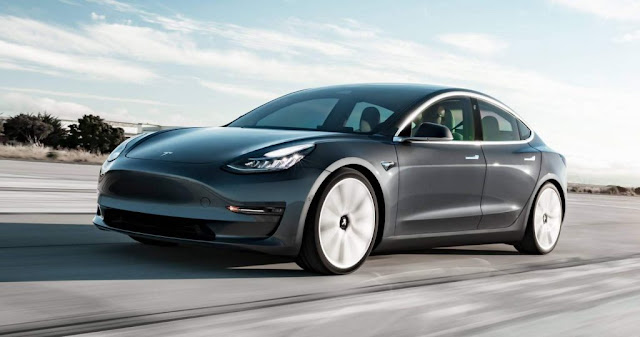 
According to the environmental assessment firm conducting a feasibility study for the factory in eastern China, the site will have an annual capacity of 250,000 vehicles and initially focus on building the marque’s entry-level models.

A Tesla spokeswoman didn’t immediately respond for a request for comment when contacted by Reuters. Nonetheless, it’s not surprising to hear that the Model 3 and Model Y will be built in China. Perhaps one of the most obvious reasons for this are the low wages which Chinese factory workers receive, allowing Tesla to minimize production costs of its two most-affordable models.

In addition, building the duo in China will allow Tesla to avoid tariffs on Model 3 and Model Y vehicles it sells in China, which it would otherwise have to face if it imported them from another country.

The upcoming Model Y crossover has been in the works for quite some time and in June, the electric automaker dropped a new teaser image of it. While the picture itself didn’t reveal much, we do know key details about the vehicle. For example, it will use the same platform as the Model 3 and, in all likelihood, by offered in the same guises. The vehicle may also feature falcon wing rear doors like the Model X.