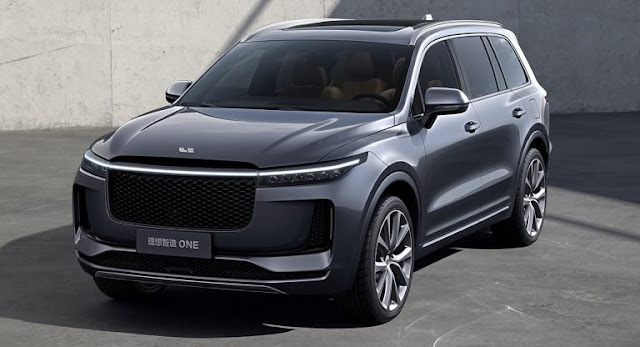 The ever-growing world of Chinese car brands has just be joined by another newcomer: Li Xiang. In English, that name means Leading Ideal, and the vehicle you see below is the brand’s first production model. Dubbed the Li Xiang One, it certainly looks quite promising.


Powering the One is a hybrid powertrain consisting of a 1.2-liter turbocharged petrol engine and an electric motor. Unlike most hybrids currently on the market, the 1.2-liter engine doesn’t actually power the wheels and is used exclusively as a range extender to recharge the battery. This setup results in a total of 326 hp and 530 Nm (390 lb-ft) of torque and the large SUV will allegedly travel 700 km (434 miles) before needing some juice.

The Li Xiang One is big, measuring 5020 mm (197-inches) long, 1960 mm (77-inches) wide, and 1760 mm (69-inches) tall. Those dimensions are more than enough to support seven seats but the car manufacturer instead decided to fit two large seats in the second row rather than three, giving occupants have plenty of room. The company says a seven-seat configuration is also available if the customer so wishes.

Seating layout aside, the One comes with no less than four screens in the cabin. There’s a digital gauge cluster and next to it, two large infotainment screens. Positioned below these screens is a fourth display used to operate things such as the climate control. Nappa leather is also found throughout and has been sourced from the same company that supplies BMW with its leather, while a Level 2 autonomous driving system is standard.

Prices for the One in China start at around 400,000 yuan, or a touch under $60,000. The brand, as well as its hybrid SUV, will debut at the upcoming Shanghai Auto Show.
Tags : China, Hybrids, New Cars, Shanghai Auto Show, SUV,
Share to: