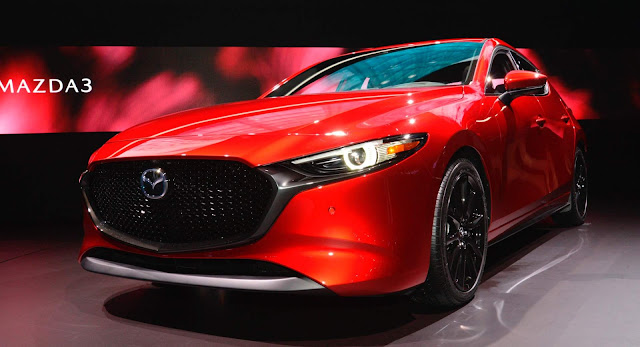 We have already heard that Mazda is planning to introduce its first battery electric vehicle in 2020, with the standalone model to feature Mazda’s own technology instead of the one being currently developed in cooperation with Toyota and Denso.


Mazda Europe CEO Jeff Guyton confirmed it during an interview with Automotive News. “The EV we will launch in 2020 will be with Mazda technology,” he said. “The technology we are working on with Toyota and Denso will arrive maybe a couple of years later.”

Mazda still keeps its cards closed when it comes to which form their first EV will take but the company’s European CEO said in the past that he doesn’t want it “to look digital”, adopting a more familiar design instead of looking “like a fridge”.

Guyton said that Mazda is planning mild-hybrid versions of their new Skyactiv-X powertrains, starting from 2019 in Europe. A plug-in hybrid model will arrive in 2021, one year after Mazda’s first all-electric model.

Mazda Europe’s CEO expects that demand for diesel models will partially bounce back as the technology is vital for all car makers to meet the ever-stringent CO2 requirements. The company has already added SCR to the diesel-powered Mazda6 and CX-5, which was deemed a necessity in order to pass the latest RDE tests.

Mazda still enjoys a mix of over 50 percent in diesel sales for European customers that drive 20,000km or more (32k miles) per year.

Mazda’s first electric model has been in the pipeline before the agreement with Toyota and Denso was signed. Details on the the Mazda-Toyota-Denso partnership are few and scarce but we know that they are planning to “jointly develop basic structural technologies for electric vehicles”.
Tags : Electric Vehicles, Hybrids, Mazda, PHEV, Reports,
Share to: