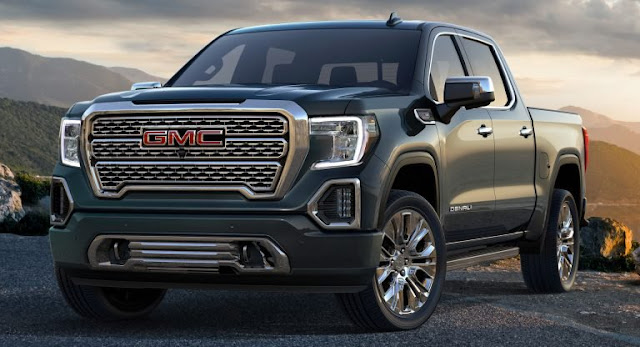 General Motors appears to be changing course following the surprise announcement that Ford is developing an electric F-150.


While GM’s vice president of global strategy, Mike Abelson, used November’s FT Future of the Car summit to reveal “There will not be any AV / EV [autonomous / electric] pickups” from the automaker, the vice president of Buick and GMC has suggested this isn’t necessarily the case.

Speaking to CNBC, Duncan Aldred said the company is “certainly” considering an electric pickup as GM is on a “path to an all-electric future.” When pressed for more details, Aldred declined to say whether or not an electric Chevrolet Silverado or GMC Sierra is already under development.

Despite being relatively tight-lipped, Aldred suggested trucks could be a good fit for electrification. As he explained, battery technology is expensive and this means it’s hard to create affordable electric vehicles in mainstream segments unless automakers are willing accept lower profit margins on them.

This isn’t too much of an issue when it comes to full-size pickups as Reuters estimated GM made at least $17,000 (£12,897 / €14,903) per truck in pre-tax profit last year. This means there’s plenty of room for GM accept lower margins while still making a healthy profit on every Silverado and Sierra they make.

It remains unclear if GM will actually offer an electric pickup, but trucks were missing from the company’s electric vehicle roadmap which was revealed in 2017. At the time, GM said its new modular platform for electric vehicles would underpin at least 11 different models including seven crossovers.

One of those models was previewed at the North American International Auto Show as Cadillac released renderings of a stylish electric crossover. The production model is still three years away, but Cadillac President Steve Carlisle suggested the crossover could have a range of approximately 400 miles (643 km).
Tags : Electric Vehicles, GM, GMC Sierra, Reports, Trucks,
Share to: