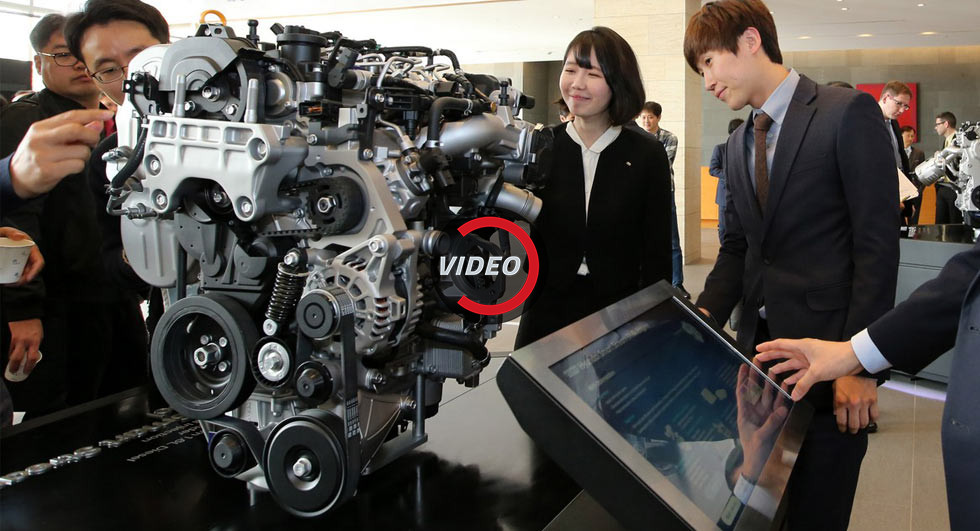 The Hyundai Motor Group has unveiled its new powertrain strategy at an international conference in South Korea.

Hyundai also used the conference to showcase their Continuously Variable Valve Duration (CVVD) technology. As the company explains, in the turbocharged 1.6-liter Smart Stream G engine the "opening and closing of the cylinder valve is timed to best respond to various driving modes, such as eco-driving or dynamic driving."

While the company is focused on improving its conventional engines, the electrification trend hasn't gone unnoticed. Hyundai will introduce more vehicles with plug-in hybrid, fuel cell, and electric powertrains but it doesn't believe they will "receive wider acceptance" until 2025. However, the automaker is already investing in its next-generation hydrogen powertrain which will have a maximum output of 163 PS (120 kW) and a range of 800 km (497 miles).