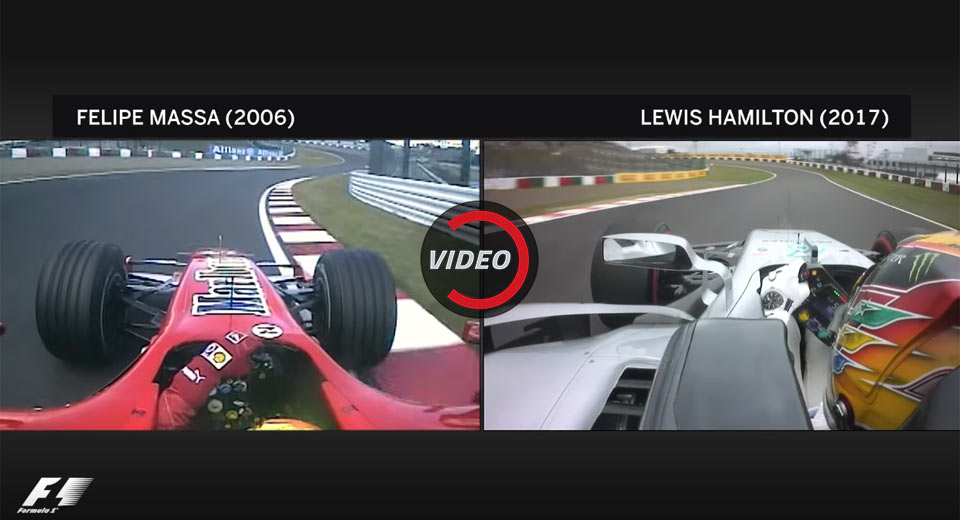 While official lap records can only be set under race conditions, F1 cars consistently go faster in qualifying than they do in the race. Consequently, Hamilton’s pole position time of 1:27.319 won’t reach the history books but was significantly quicker than the previous best qualifying time set by Felipe Massa in 2006.

As the side-by-side video below shows, the 2017 Mercedes F1 car is significantly faster than Massa’s Ferrari in all areas of the track, particularly through the high-downforce sections and is lightyears ahead of the 1:29.599 achieved by the Brazilian.

In 2006, F1 cars used naturally-aspirated 2.4-liter V8 engines and were relatively simple creatures compared to the race cars of today. Currently, all F1 teams use a 1.6-liter V6 hybrid powertrain delivering approximately 1,000 hp. However, it isn’t the powertrain that makes 2017 F1 cars so fast, it is their bold aerodynamic parts and incredibly wide slick tires.