McLaren Sport Series Gets Styling And Performance Upgrades From 1016 Industries 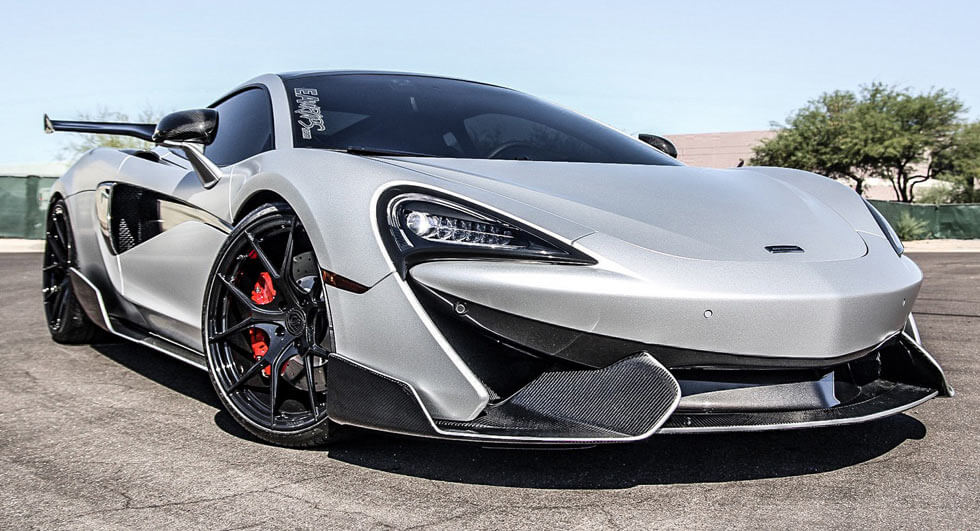 1016 Industries has introduced their new tuning program for the McLaren Sport Series which consists of the 540 C, 570 S, and 570 GT.

On the styling front, the cars are equipped with a carbon fiber front splitter and "exaggerated" aero blades. The sporty styling continues further back as the company installs new side blades which give the model an aggressive appearance.

Other notable changes include a new hood and an adjustable rear wing. The latter offers eight levels of height adjustment as well as five different fixed angles.

The company also offers a transmission recalibration program which has "carefully re-imaged torque schedules, gearshift points, gearshift speeds and, most importantly, intuitive intelligence between the engine and throttle mechanisms."

1016 Industries says the power upgrades have an optional app that can be used to adjust settings on the fly. This allows owners to make their own adjustments or fully disengage the performance modifications altogether.