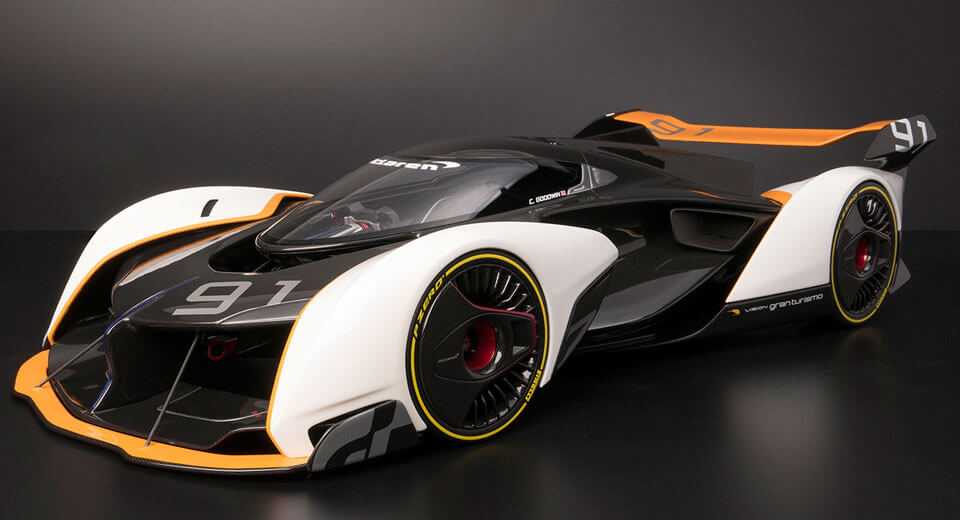 Most of the Vision Gran Turismo concepts designed for the PlayStation game never leave the screen, and while some participating automakers craft full-size mockups of their digital designs to show off, but McLaren never did – so Amalgam did it for them.

Revealed a little over a year ago, the McLaren Ultimate Vision Gran Turismo was designed by Alexander Alexiev under the guidance of the company's design director Robert Melville.

It envisions what a McLaren hypercar could look like in 2030, employing a 4.0-liter twin-turbo V8 (like the one in the 720S) – but hybridized with a pair of electric motors in the front wheels offering 1,134 horsepower.

Though the design may give us something of an idea of what to expect from the unnamed Ultimate Series track car just announced, the Ultimate Vision GT concept itself will never see production.

The closest any of us will ever get, then, may be in the model being offered by Amalgam. At one eighth the size, it measures about two feet long, and is offered in each of the three liveries – Performance, Noir de Noire, and Ulterior Future – presented in the digital version.

Only 91 examples will be made, each accompanied by a trio of early renderings signed by the designer. The first example is already on display at McLaren's design studio in Woking. The remaining 90 (30 in each color scheme) will be offered at a price of $7,440 each (plus shipping).

Those interested will also find 1:8 scale models of the McLaren F1, P1, and 650S in the Amalgam catalog, though we wouldn't expect any of those to cost much less. Nobody ever said that buying a McLaren would be cheap, after all... even in reduced form.