Mitsubishi Electric EMIRAI 4 Concept Is A Futuristic Roadster For Tokyo 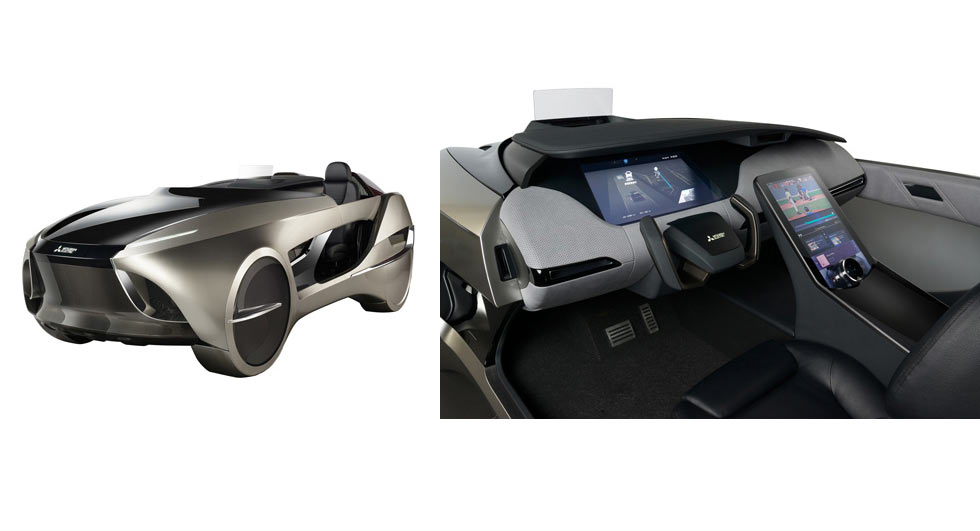 Mitsubishi Electric has announced plans to introduce the EMIRAI 4 concept at the Tokyo Motor Show.

Essentially a futuristic roadster, the EMIRAI 4 is a high-tech vehicle which embraces electrification, connected technologies, and an autonomous driving system. The company was coy on powertrain details but confirmed the driver assistance tech was developed to reduce accidents while providing "convenient and environmentally friendly transportation."

Since the concept lacks traditional mirrors, the car has a "crossed image display" which provides "3D images of the environment around the vehicle and easy-to-see alerts in the form of vertical images." Elsewhere in the cabin, there's a wide-angle camera that monitors both the driver and front passenger. The system detects potentially dangerous driving behavior as well as whether the cabin is too hot or cold.

Another notable feature is a heads-up display with augmented reality technology. The system emphasizes lane marking in green to provide error-free directions as well as information about car's lane position.

Last but not least, the concept is equipped with a so-called "knob-on-display." Essentially a sliding knob at the base of the infotainment system, the system allows users to "operate various functions without taking their eyes off the road."