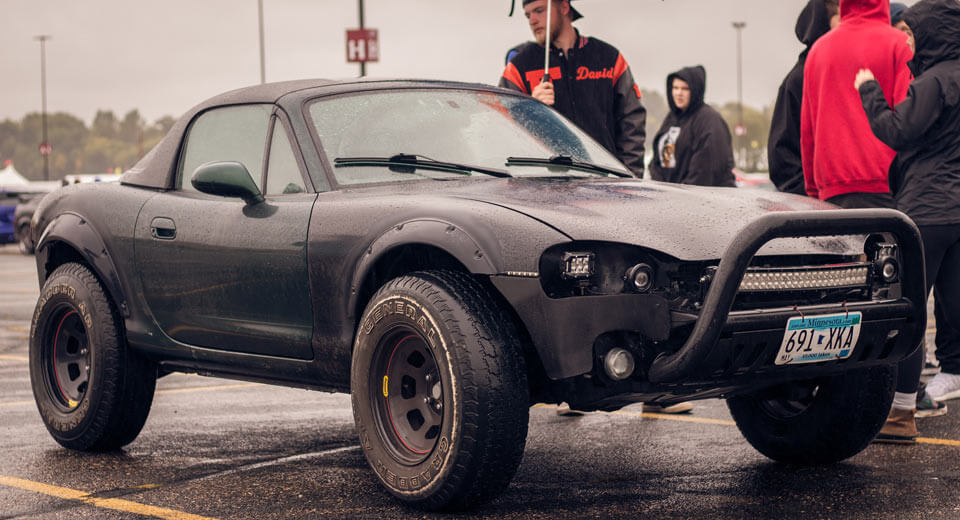 No, you’re not looking at the star of a new Mad Max film. Instead, this Mazda Miata is a home-built creation registered for use on U.S. streets.

The car was snapped by a Redditor at a recent Cars & Coffee event in Minneapolis and looks like it’s come from a mysterious planet to redefine our pre-conceived notions of what a Miata can be.

Up front, the owner has removed the bumper and installed a large bull bar, presumably in an attempt to ward off other motorists. Sticking with the Mad Max theme, the headlights have been replaced by a small cluster of LEDs, a small projector light on either side and a large LED light bar.

Elsewhere, the sports car has been raised on a set of off-road wheels and tires and outfitted with a set of flared wheel arches. 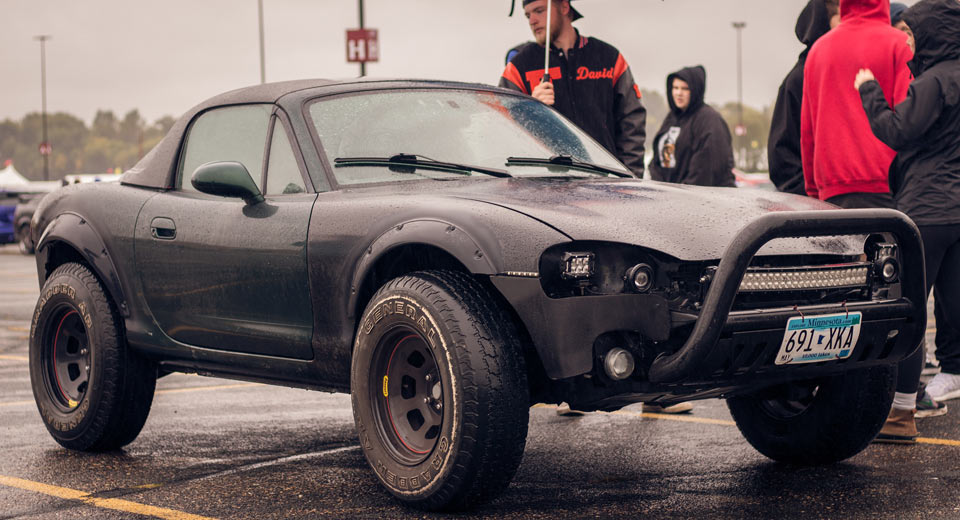