This Is How You Extinguish A Burning Tesla Model S 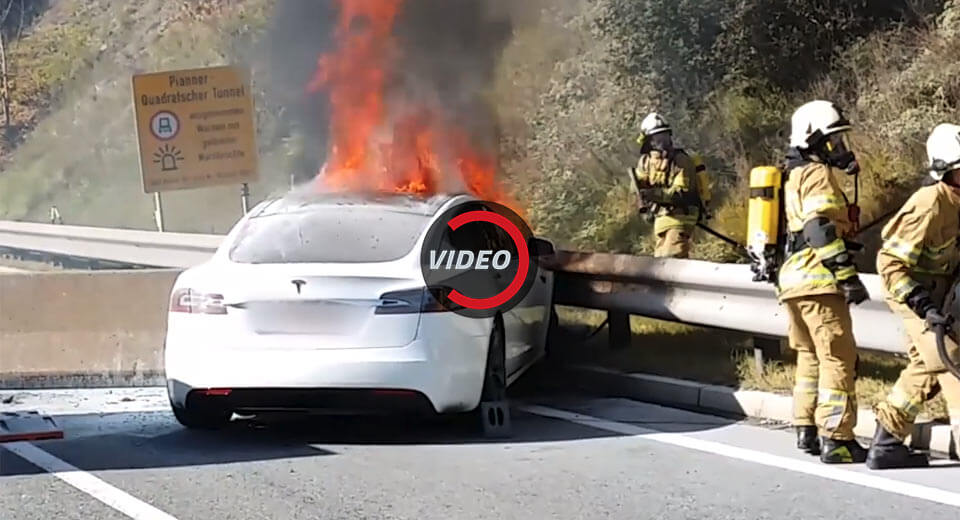 For all the benefits electric vehicles offer, they do have some drawbacks, particularly for firefighters.

Unlike petrol and diesel-powered vehicles, it is much harder to safely extinguish the flames of an EV, forcing automakers, like Tesla, to create emergency response guides in case their cars catch fire.

Earlier this week, Tesla’s guide was put to the test when a Tesla Model S crashed and caught fire in Austria’s Tyrol region. In total, the effort required 35 people and five vehicles before the blaze was safely contained and extinguished.

In a press release, the volunteer firefighting organization said stopping the inferno was difficult.

“The firefighting - which could only be carried out under severe respiratory protection - was difficult because the vehicle was repeatedly on fire. It was only after cutting the power supply from the high-performance batteries that it was possible to finally fight the fire. Since lithium batteries are used, the manufacturer recommends that the vehicle be parked under “quarantine” for 48 hours, so that no new fire can break out.”

One important part of tackling a burning Tesla is to cut the Fire Responder Disconnect Point. This cable can be accessed either through the trunk or on the rear pillar and disables the high voltage system and airbags.