It's Not Dead Yet; Devel Sixteen Engine Delivers 5,000 HP On Dyno 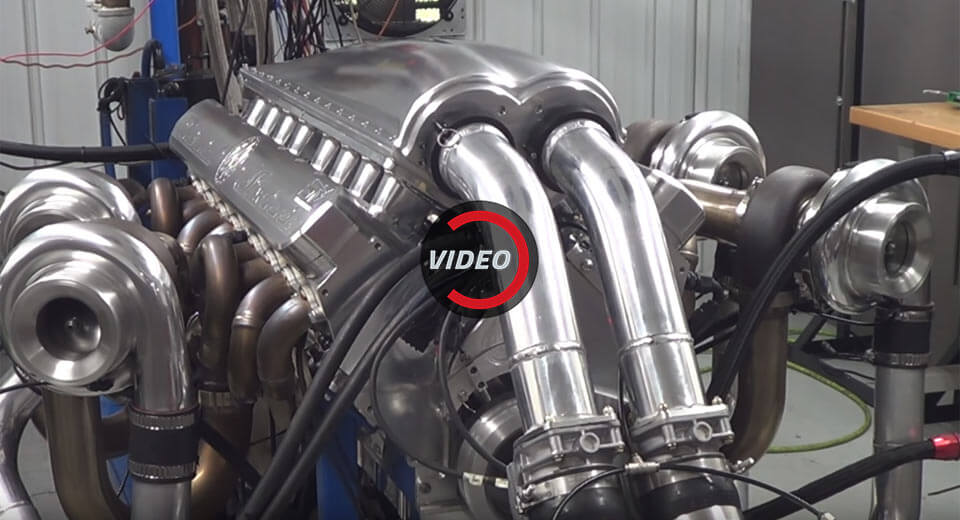 Four years since first appearing on our radar, it seems as if Dubai’s Devel Sixteen hypercar refuses to die.

In late 2015, a video surfaced online depicting the Sixteen’s custom-built quad-turbo, 12.3-liter V16 engine delivering 4,515 hp on an engine dyno. Fast forward to November 2017 and Steve Morris Engines has confirmed that the powertrain has finally reached the promised 5,000 hp mark.

During these recent tests, the engine delivered 5,007 hp and 3,900 lb-ft of torque, remarkable figures achieved largely thanks to the four 81 mm turbochargers and the expertise of Steve Morris Engines in building powertrains for drag cars.

As impressive as it is to see an engine pumping out this much power, you shouldn’t get your hopes up of seeing the Devel Sixteen on the street anytime soon. For starters, it will be nearly impossible for a street car to provide enough cooling for such an engine. Additionally, finding a transmission that can withstand this power and be suitable for street use is no mean feat.