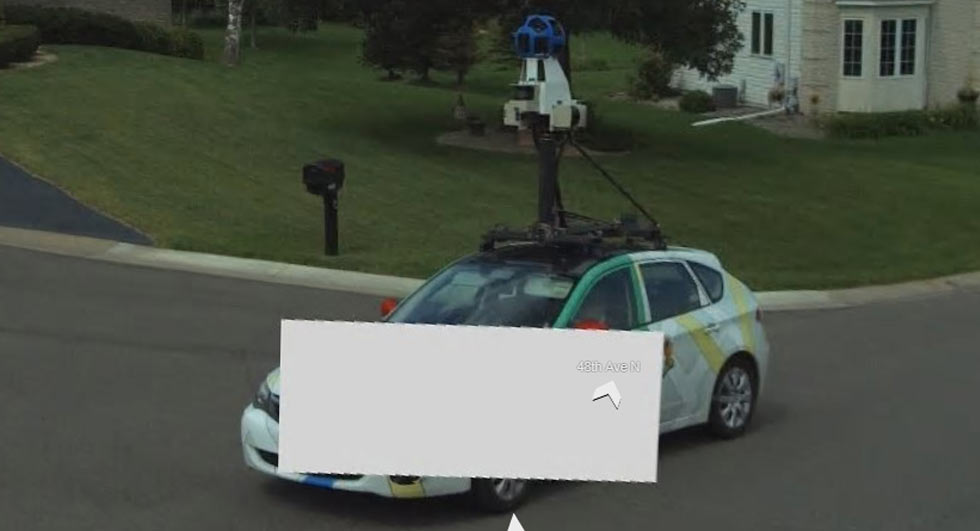 Google and Microsoft have a less than cozy relationship and that appears to carry over to the digital world as the latter company has been caught blocking a Street View vehicle on Bing maps.

As noticed by The Verge, this act of digital disparagement is visible when users search for an address in Plymouth, Minnesota. Instead of seeing a Street View vehicle, Bing users are treated to a grainy white box with a huge camera apparatus sticking out of the top of it. Needless to say, that's not a Minnesotan take on a roundabout.

While the efforts to block the Street View car are comical, an earlier version of the photo actually shows the driver of the Street View vehicle giving his rival a friendly wave.

Google decided to let the transgression go as it allows users to fully see the rival company's Toyota RAV4.

Of course, we've seen plenty of weird mapping photos over the years including this rather intimate looking moment with a women bent over the hood of a BMW 3-Series Coupe. Apple isn't above the fray either as the company's Maps app was a complete disaster when it launched in 2012.