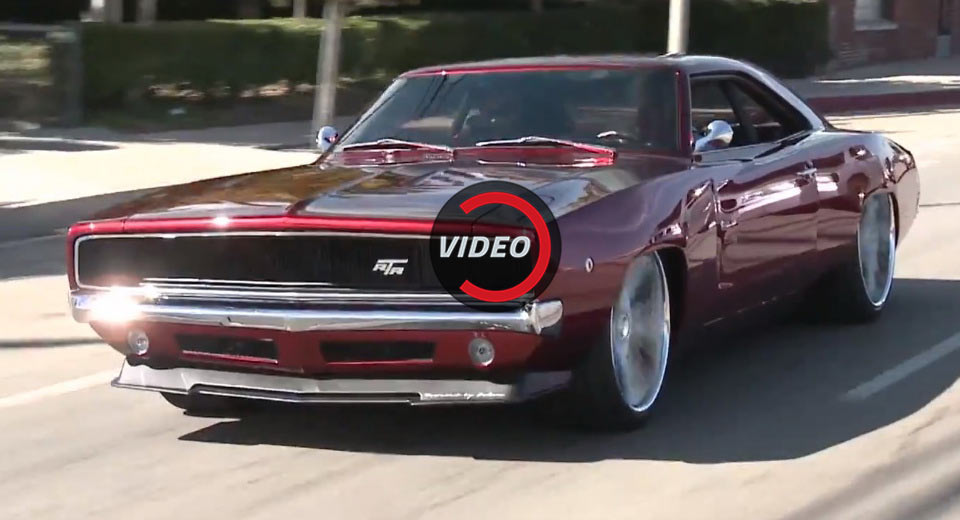 One of the most popular show cars in this year’s SEMA was arguably this heavily modified 1968 Dodge Charger.

It took Johan Eriksson and his team a full five years to complete their masterpiece and just by looking at it, you know that there isn’t a single nut and bolt left in its original state.

Under the hood now lies a Viper-sourced V10 engine that also happens to have gained a pair of turbos for a total output of 1,000hp. Paired to it is a proper manual six-speed gearbox, which should make driving this monster down the road a rather interesting experience.

The whole car is based on the platform of a Corvette C6, which makes sense if you think what 1,000hp would do to the original chassis. The roof was also chopped by 40mm to make it prettier while the ridiculously large wheels are custom-made, measuring 24x15.5(!) inches at the rear and 22x11 inches at the front.

What makes this custom Charger however stand out is the attention to the detail inside and out. Jay Leno shows us around this Swedish-built monster Charger, so let’s keep our jaws secured in place.