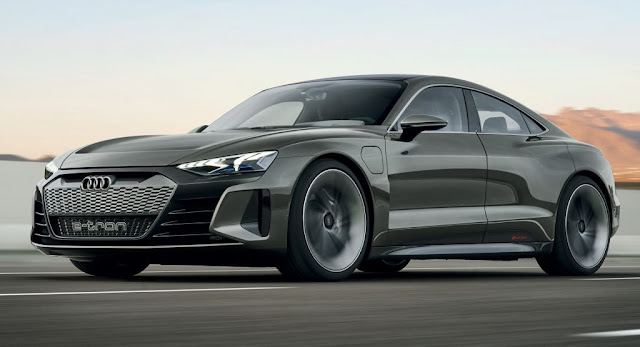 The Audi E-Tron GT concept made its debut at the Los Angeles Auto Show last week, but it won’t be the last time we see the sleek electric vehicle.


Instead, the car will star in the highly anticipated fourth installment of the Avengers franchise which will hit theaters next summer. The movie promises to be one of the biggest blockbusters of the year and Audi will use the film to its advantage as the production model is slated to enter “volume production” in late 2020.

Audi hasn’t said much about the car’s role in the film, but the four-ringed brand has made a number of appearances in other Marvel movies. Tony Stark drove the R8 in the first Iron Man film and a number of different models, including the Prologue concept, were featured in Captain America: Civil War. More recently, the A8 and TT made an appearance in Spider-Man: Homecoming.

While Audi obviously has a big presence in the Marvel cinematic universe, they’re far from the only automaker to get in on the action. The Chevrolet Silverado and Corvette were featured in Captain America: The Winter Soldier, while Acura had a strong showing in Thor as well as the original Avengers movie.

The plot of the untitled Avengers 4 film remains a closely guarded secret as it picks up after the events of Avengers: Infinity War (Spoiler alert from here on out).

The film has already raked in over $2 (£1.5 / €1.7) billion and fans have been anticipating the sequel as a number of superheroes were killed in the previous film by Thanos’ snap. The survivors – including Captain America, Iron Man, Thor and the Hulk – will have to fight the ‘mad titan’ and set things right after half the living things in the universe were killed.
Tags : Audi, Audi E-Tron, Movie Cars,
Share to: