Who'll Give This Splendid Jaguar XJ220 A New Home? 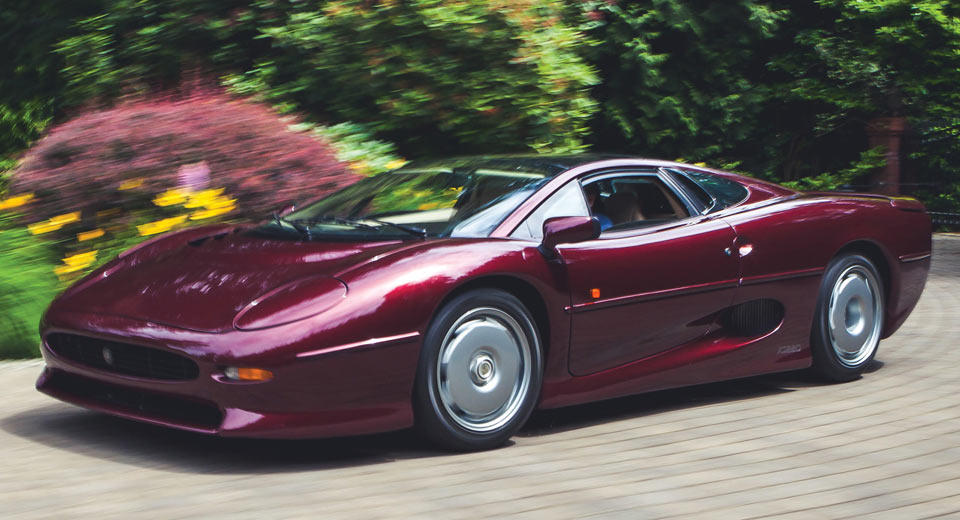 With only 281 example made, the Jaguar XJ220 was a rare beast indeed; far more scarce than the Ferrari F40, and rarer even than the Porsche 959. That makes them rather hard to come by, particularly in such perfect condition as this one.

Arguably the finest feat of engineering Jaguar ever carried out, the XJ220 was the fastest car in the world when it hit the scene in 1992. True to the Jaguar name, it was also more luxurious than its rivals, swathed in sumptuous leather.

Though financial constraints meant it didn't get the V12 engine initially promised, the XJ220's race-proven 3.5-liter twin-turbo V6 produced a prodigious 542 horsepower and 475 lb-ft of torque. That was enough to send it up to a certified top speed of 212.3 miles per hour, surpassed only by the McLaren F1 that followed hot on its heels.

Unfortunately, the XJ220 was never officially offered in North America, but a few found their way over. This gorgeous wine-red example is one of just eleven that RM Classic Cars brought across the ocean, and now the auction house is selling it on behalf of the same owner who bought it in the first place with just 2,100 miles on the clock.

A quarter of a century since its release, this super-Jag is fully certified to drive on American roads and is sure to fetch a pretty penny or two when it crosses the auction block in Monterey next month during the 2017 Pebble Beach Concours d'Elegance.