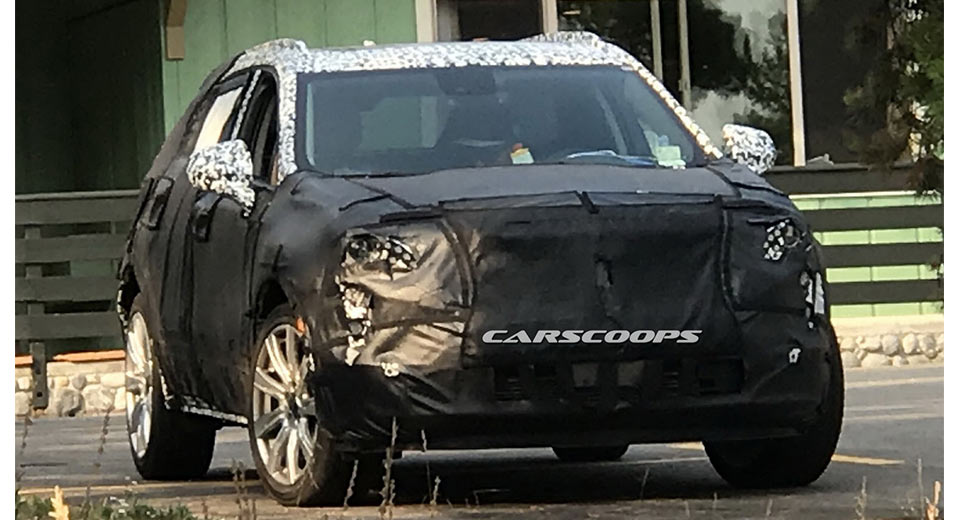 Cadillac continues the development of its hotly anticipated XT4 crossover, with the prototype still wrapped in heavy camouflage.

The images were sent by our dear reader and apparently aspiring spy photographer Brett Borgard, showing the car being driven out of a carpark. The prototype also had the same opening on the front left fender with a previously spotted test car, indicating at its plug-in hybrid nature.

As the name suggests, the new Cadillac XT4 will slot beneath the XT5 when it hits the market in mid-2018, kickstarting along the way the company’s plan to launch a new model every six months in the following two years.

Just like the current XT5 model, the XT4’s dimensions will fall between the commonly accepted segments. This means that despite the XT4 being similar in size with a model like the Audi Q5, the new Caddy will be priced against smaller models like the Q3 and Mercedes GLA.

The new Cadillac XT4 will also be powered by a range of turbocharged four-cylinder engines, including a plug-in hybrid setup as witnessed in our earlier scoop. An all-wheel drive system will be offered as an option, with a nine-speed automatic also on the cards.

Back in March, Cadillac released a statement on the XT4 saying that the XT4 will launch in the US first and then in Europe “with an entirely new series of efficient and powerful engines”.

A tip of the hat to Brett! 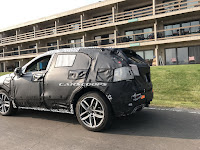 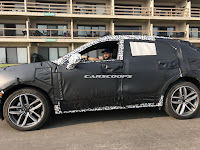 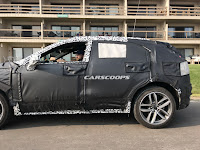