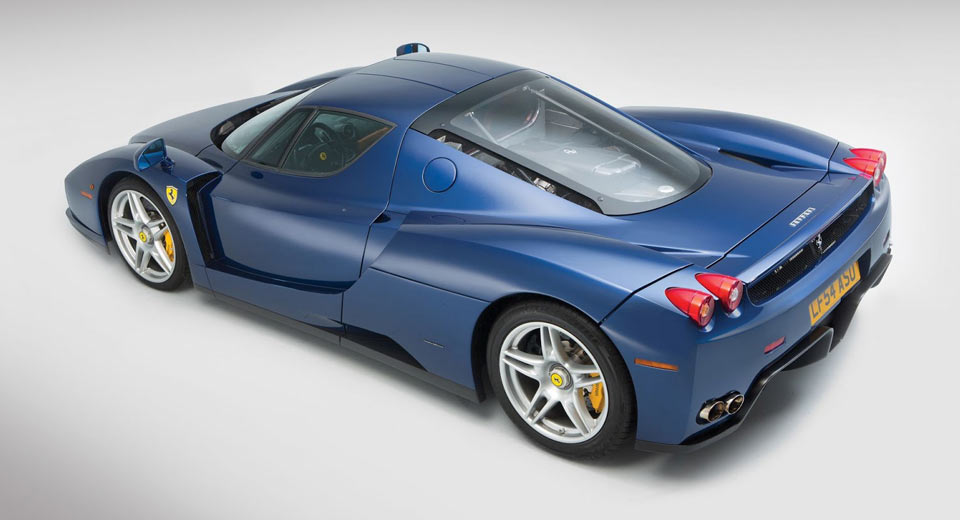 An absolutely gorgeous Blu Tour de France Ferrari Enzo has sold for $2.4 million at auction, a relative bargain in our eyes. If we had $2.4 million to spend, of course.

This Enzo is a 2004 model and when it left the factory, was the only example painted Matt Titanio Extra Campionario. Despite the rarity of that paint finish, it was resprayed to the Blu Tour de France you see pictured and is a welcome change from the Rosso Corsa examples that dominated the supercar’s production run.

Heading into the RM Sotheby’s auction, the Enzo had 5,520 miles (8,884 km) on the clock, is Ferrari Classiche certified and was sold with a complete dealer service history and all its original books and tools.

Beyond the paint, the Pelle Cuoio leather in the interior makes the Italian beauty stand out further, as does the carbon fiber and black leather accents.

A price in the mid-$2 million region was expected and seems like a reasonable sum for an Enzo like this. However, owing to its mileage, it isn’t the most expensive Enzo sold in recent years. In 2016, Floyd Mayweather’s Enzo fetched $3.2 million, largely because it had just 560 miles under its belt. The most expensive Enzo ever sold is the 400th and final unit produced which sold for $6.05 million.