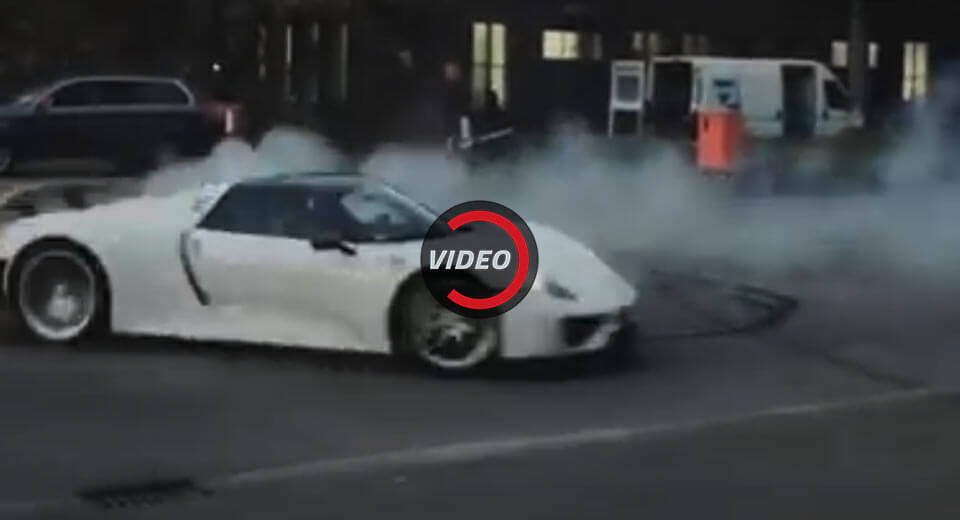 Don’t let the fact that the Porsche 918 Spyder has all-wheel drive fool you, this German animal can cook up some mighty fine donuts.

This clip was filmed somewhere in Europe and shows a white 918 Weissach Package destroying its rear tires and letting the naturally-aspirated 4.6-liter V8 howl in all its glory.

Believe it or not, production of the 918 ended almost two and a half years ago but it, like the McLaren P1 and Ferrari LaFerrari, remain fresh in the minds of enthusiasts around the world. They also remain the benchmarks which all other supercars are compared to.

It remains unclear what the future holds for Porsche’s hypercar ambitions but last month, the brand said it wouldn’t replace the 918 until a technology breakthrough emerges. Any such successor is therefore expected to be all-electric.