The World Rallycross Championship Is Coming To America 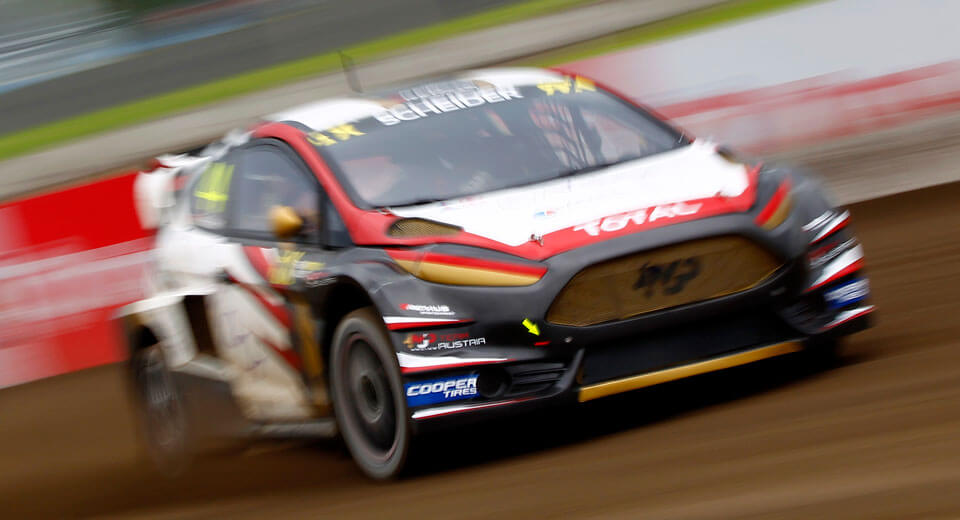 Rallycross is rapidly growing in popularity as a form of motorsport to the point that we have two rival series on opposite sides of the Atlantic.

There's the Global RallyCross Championship in North America, and the FIA World Rallycross Championship in Europe. (Both are sponsored, naturally but incidentally, by energy-drink brands.) But now the European series is coming to America for the first time.

Organizers of the international series have announced that they'll be holding their first event in the US at the Circuit of the Americas in Austin, Texas, next year. The round will be held the weekend of September 29-30, 2018, at the same world-class facility that hosts Formula One, MotoGP, and the FIA World Endurance Championship (among so many others).

"We are delighted to announce that another FIA World Championship will be coming to COTA," said circuit chief Bobby Epstein. "The addition of a world-class rallycross circuit will be a welcome addition to our growing venue." A purpose-built track will be constructed between turns 12 and 15 of the F1 circuit in full view of the stadium seating.

While it'll be the first time that the series will visit the United States, the event won't be its first in North America. While most of its events are held in Europe, its calendar every year since inception in 2014 has included a stop in Canada – in Trois-Rivières, Quebec, where series like Grand Am, Can-Am, Trans-Am, and the American Le Mans Series once competed.

Other rounds outside of Europe have been held in Argentina, South Africa, and Turkey (on the Asian side of the Bosphorus). The series has been dominated by Scandinavian drivers like past champions Petter Solberg, Mattias Ektröm, and Johan Kristoffersson. Though such notables as Ken Block and Jacques Villeneuve have tried, the only (North) American driver to have won a WRX round to date is Tanner Foust, who won the event in Finland back in 2014.