Aston Martin's Latest Dealership Will Be Its Largest 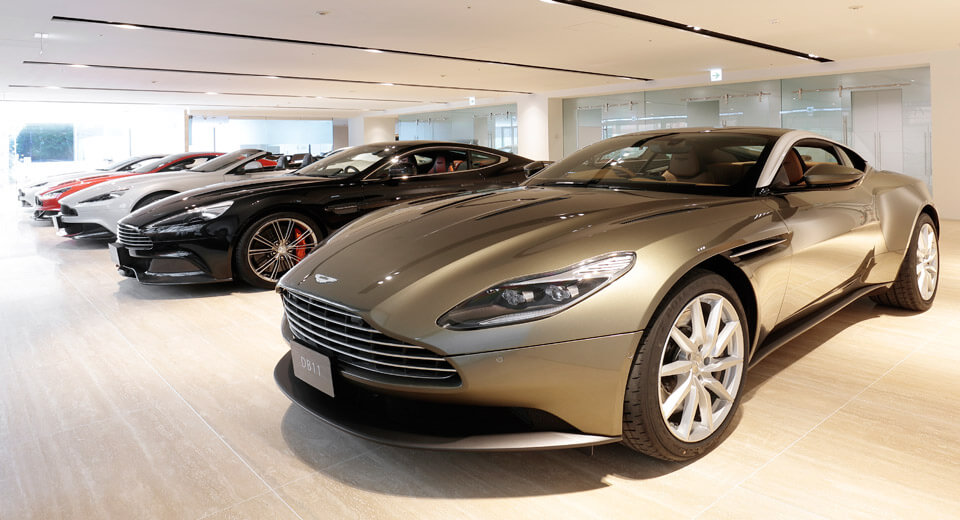 If you had to guess where in the world you'd find the dealership that sells the most Aston Martins, where would it be? London? Los Angeles? Dubai?

Guess again: it's in Tokyo. That's where the British automaker has opened a new thousand-square-meter facility that's expected to sell more cars than any other dealer in the world.

Situated in the Aoyama district, the location includes both an eight-car showroom and an adjacent brand center – its first opened overseas. The House of Aston Martin Aoyama covers three floors and displays the company's vehicles and other lifestyle products while showcasing what the brand stands in unique relaxation and entertainment spaces.

“As the second largest luxury car market worldwide, Japan is key to Aston Martin’s future success,” said CEO Andy Palmer at the location's opening ceremony. “As we map out our global retail presence, we are confident that Aston Martin Tokyo will quickly become our largest dealer by volume in the world.”

Palmer was last in Japan just a few months ago on a trade mission, where he announced half a billion pounds' worth of trade between the company and the Asian country. That goes both ways, with the automaker buying components from Japanese suppliers, and selling its vehicles in Japan. Aston also recently dispatched its design director Marek Reichman to introduce customers there to the new DB11 and Valkyrie.

It's also opening a new Meta Technology and Luxury Accelerator in Japan, joining a footprint of five dealers located in Osaka, Nagoya, Fukuoka, Hiroshima, and the new facility in Tokyo. The location is operated by Sky Group, which runs 26 dealerships selling a variety of vehicles across Japan from different automakers.