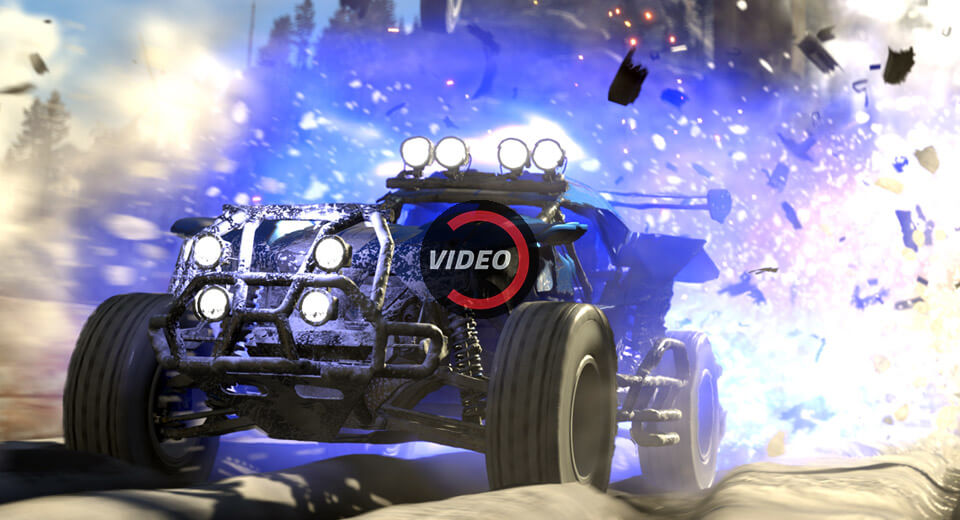 There are driving games, and there are racing simulators. Codemasters typically focuses on the latter with titles like Grid, Dirt, and Formula 1, however this latest release is more of a game, and that's not necessarily a bad thing.

Announced at this year's Paris Games Week, ONRUSH is an arcade-style racing game that's more about power-ups, takedowns, and style than it is about clean racing lines.

ONRUSH is being developed by Codemasters' new studio in Cheshire, which it recently acquired from Sony. It was formerly known as Evolution Studios, the name under which it developed Driveclub, the MotorStorm series, and five official World Rally Championship games.

“The team grew up playing iconic, arcade racing games so it is great to have the opportunity to re-imagine those experiences on the today’s consoles” said game director Paul Rustchynsky. “It is not about tyre choices, car setups or even racing lines; it’s about edge of your seat action and taking death defying risks in order to reap the biggest rewards.”

The game is set to launch on PlayStation 4 and (for the first time) on Xbox One next summer, but you can check out some in-game footage now in this release trailer.