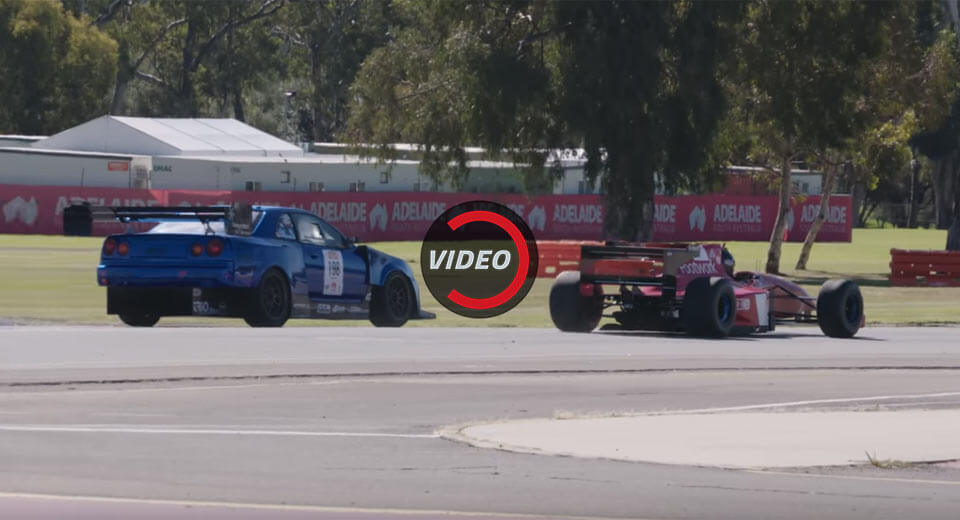 Formula One cars have long been the benchmark of both cornering and straight-line performance and for good reason; there’s simply nothing faster around a racetrack.

Not dissuaded by this fact, Australia’s Adelaide Motorsport Festival decided to see how a 1,000 hp Nissan Skyline GT-R R34 would go against a 1994 Arrows Formula One car in a series of three rolling drag races.

On paper, the two are quite evenly matched. As you’d imagine, the F1 car has a superior power-to-weight ratio as it delivers 620 hp from its V8 engine and weighs just 515 kg. By comparison, the R34 used in the test has 1000 hp on tap but weighs a rather hefty 1300 kg. However, unlike the F1 car, the GT-R is all-wheel drive, giving it far superior traction.

Which are you tipping to take the victory?