Maserati Would Be A Welcome Addition To Any Formula Racing Grid 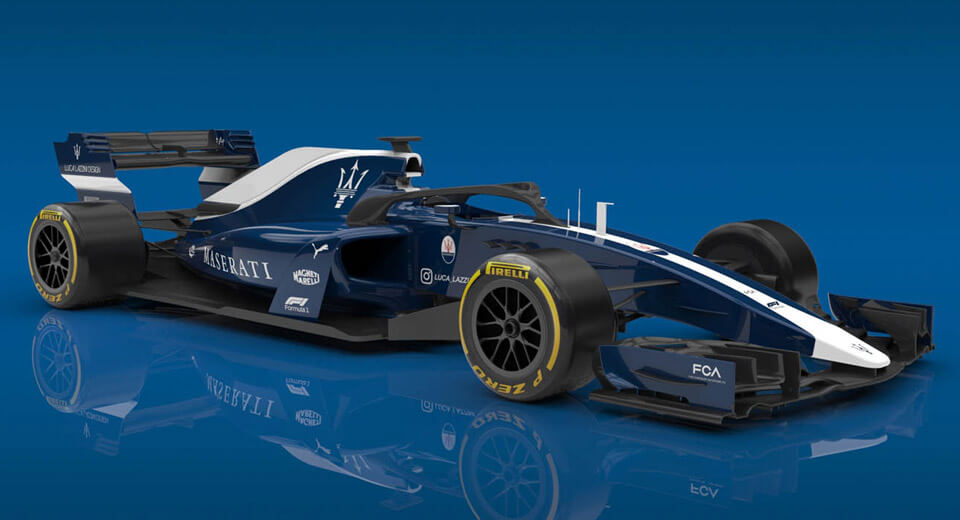 Rumors have been circulating that Maserati is planning on returning to the racing grid. The jury's still out on whether that might be in Formula One or Formula E, but either way, we'd welcome its arrival with open arms.

Especially if this is what its racer would look like. Designed by Luca Lazzini and shared via Behance, these renderings show what a modern F1 car might look like with a Maserati livery. And while it may not look as dynamic as some of the other liveries we've seen, what it lacks in excitement it makes up for in elegance.

That in and of itself could be enough for Maserati's single-seaters – whether in Formula One or Formula E – stand out from the rest of the grid, especially in the more glamorous locations both FIA-sanctioned formula racing series have been known to compete.

In the end, Maserati's presence in any racer's livery would likely be shared with other sponsors – like Haas in F1, or Vitafone that sponsored the most victorious of MC12 GT1 cars. But as far as food for thought goes, this one's refreshingly different.