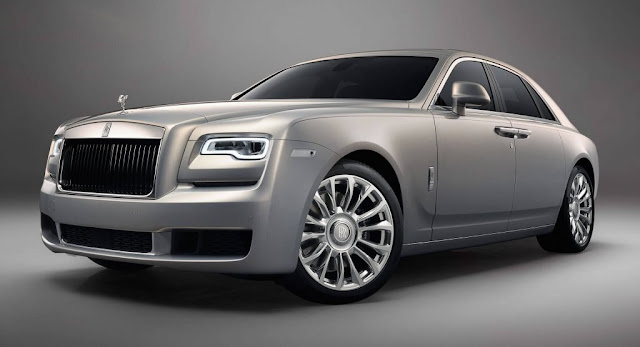 At the beginning of last century, the Rolls-Royce Silver Ghost was named ‘The Best Car in the World’. Now, a modern Ghost from the Goodwood-based brand is looking to pay its respects via a new special edition.

Called the Rolls-Royce Silver Ghost Collection, it was just unveiled by the British automaker and, as expected, it’s offered in a limited production run. Only 35 examples will ever see the light of day, all of them updated so as to underline the fact that they’re special.

If you’re not a Rolls-Royce fan, then these changes will probably fly under the radar. However, they do include the Cassiopeia Silver paint, black grille, Hallmark of AX201, which was the registration plate of the original Silver Ghost, hammered copper insert in tribute to the copper that was used extensively in the engine bay of the classic car, and polished wheel centers.

But the new Silver Ghost Collection wouldn’t be a true Rolls-Royce limited model without other special touches. So, it gets the ‘Spirit of Ecstasy’ crafted from solid silver, engraved chrome wheel surrounds, coachline with “pure silver particles”, according to the manufacturer, and open pore Tudor oak with silver onlays.

Also letting everyone this isn’t your ordinary Ghost, are the thread plates inside that say ‘Silver Ghost Collection – One of Thirty-Five’, as well as the Forest Green leather used throughout the cabin, to go with all the silver touches.

Rolls-Royce hasn’t announced any pricing details yet, but we wouldn’t be surprised if all 35 units were spoken for already.
Tags : New Cars, Rolls Royce, Rolls Royce Ghost, Rolls Royce Videos, Video,
Share to: