Tesla Model Y Is Safe, Fast, And Has Up To 300 Miles Of Range 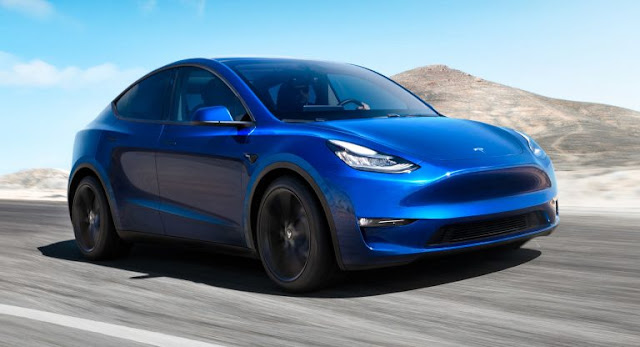 The Tesla Model Y has just premiered at a special launch event in Los Angeles. The SUV will join the Model 3, Model S, and Model X in Tesla’s range of consumer passenger vehicles as well as the impending second-generation Tesla Roadster and Tesla Semi.

Tesla will ultimately offer the Model Y in four configurations. The entry-level, Standard Range model is expected to arrive in Spring 2021 and will be the cheapest of the four, starting at $39,000. Before the Standard Range model arrives, however, customers will have three different variants to choose from all of which will launch in Fall 2020.

One step up in the range will be the Tesla Model Y Dual Motor AWD. This variant will sacrifice 20 miles of range from the Long Range in favor of improved performance. It will have a top speed of 135 mph (217 km/h) and deal with the 0-60 mph sprint in 4.8 seconds. Pricing will start at $51,000.

Viewed from the rear, the Tesla Model Y has a similar profile to the larger Model X but has taillights more akin to those of the Model 3.

Inside, the all-electric SUV offers seating for seven and adopts the same minimalist design of the Model 3. The seven seats will be an optional extra. Among the key interior features is a panoramic glass roof and the automaker’s horizontal 15-inch central touchscreen display. All up, the cabin offers 66 cubic feet of storage space.