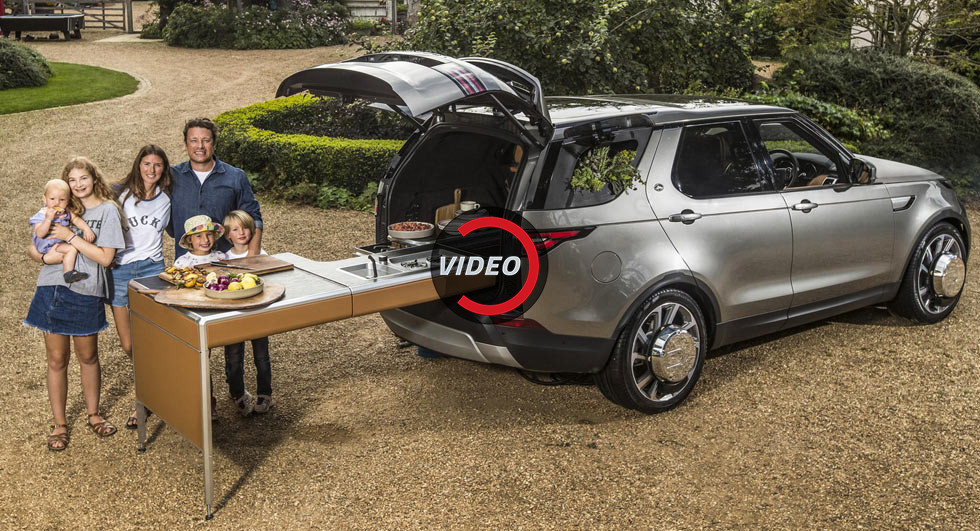 Land Rover and television chef Jamie Oliver have teamed up to create one of the most insane vehicles ever built.

Developed by Jaguar Land Rover Special Vehicle Operations, the one-off Land Rover Discovery has been transformed into the ultimate kitchen on wheels.

Starting up front, the Land Rover badge on the grille can be turned to the side to reveal a hidden power take off unit. It can be used to power a pasta maker and a rotisserie for a grille.

Speaking about the front of the Discovery, SVO engineers installed a 4.7-liter slow cooker that resides under the hood. The model has also been equipped with three wheel-mounted butter churns that each have a 5 quart capacity. The fourth wheel eschews a butter churn for a 5 quart ice cream maker.

The unique features continue in the cabin as there's a toaster in the center console and a jam storage unit behind the climate controls. If that wasn't insane enough, the Discovery has also been equipped with an herb garden, a spice rack, and a slide-out kitchen complete with a gas burner, sink, dining table, and 40-inch TV.

According to Oliver, "I gave Land Rover a massive challenge to create the ultimate kitchen on wheels. I dreamed big and asked for a lot, and what they’ve done has blown my mind." He added, "The result is an amazing Discovery, tailored perfectly for me and my family – we love it. This unique creation means we can take our culinary adventures to the next level.”

Oliver will be showcasing the vehicle on his YouTube channel in a three part series which kicks off today. 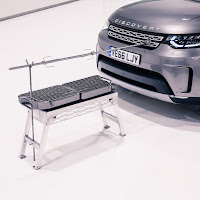 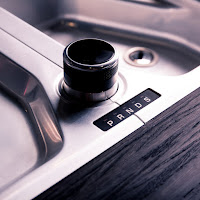 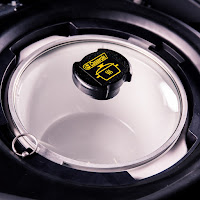 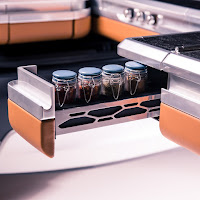 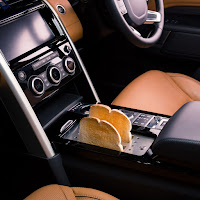