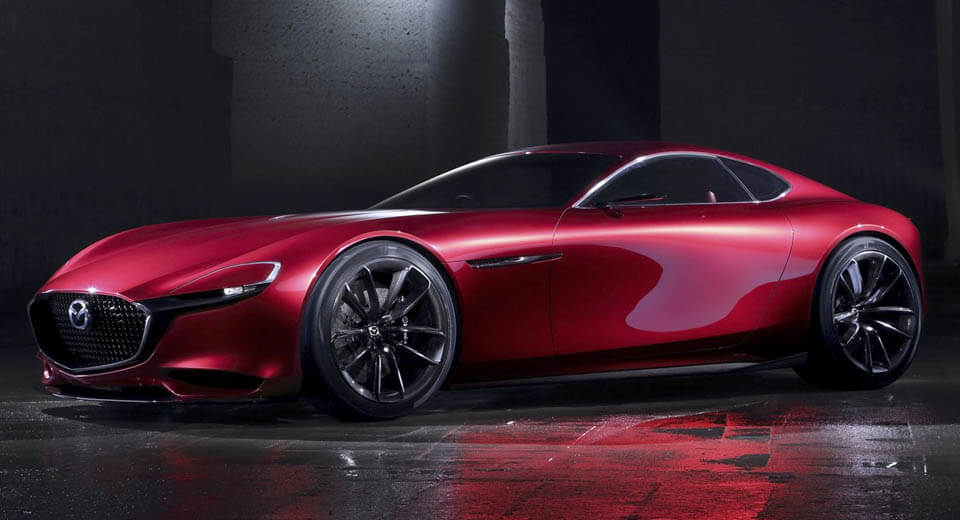 The moment we've all been waiting for could be almost upon us – but not in the way we'd hoped.

According to Automotive News, Mazda is closely considering bringing back the rotary engine that put it on the map. But unlike the RX-7 and RX-8, it won't power the wheels directly. Instead if will serve as a range-extender for an electric vehicle.

The Japanese automaker is reportedly developing a new EV to debut in 2019 that will be powered purely by gasoline in markets like Japan and Europe, where commuting distances are relatively short. But in North America, it's tipped to use a range-extender – a gasoline generator to replenish the batteries for longer drives.

That version could employ a small rotary engine, which is inherently compact and generates a lot of power with little vibration – ostensibly making it ideal for hybrid applications and giving Mazda a way to keep the technology alive.

If all this strikes you as somewhat disappointing, take heart: a directly rotary-powered sports car could still follow. The determining factor, however, may have more to do with market conditions than technical capability.

“Are we going to really sell that many models of sports cars? There aren't that many auto companies selling multiple sports cars," Mazda's powertrain chief Mutsuo Hitomi told AN, referencing the smaller MX-5 Miata.

For our part, we'd urge Hitomi-san to look to his domestic competitors: Nissan offers both the 370Z and GT-R, Toyota is coming out with a new Supra to slot in above the 86, and Honda is tipped to be working on another sports car to join the NSX. Mazda may be smaller than all of them, but has cultivated a sportier image that may require a halo sports car to uphold.