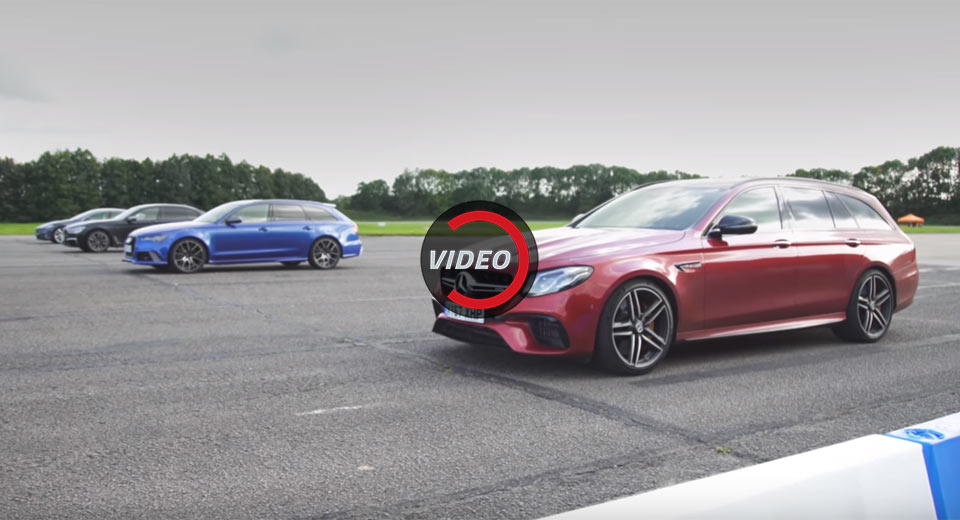 Just a few short years ago, it was extremely uncommon for any type of vehicle other than a supercar to hit 62 mph (100 km/h) in less than 4 seconds.

Nowadays, it has become the norm for supercars to reach that mark in less than 3 seconds, while heavy, lumbering super sedans and estates can easily dip into the 3-second range.

As we all know, the Tesla Model S P100D remains the king of acceleration in its segment but that’s not to suggest Mercedes-Benz, BMW and Audi don’t also offer extremely quick sedans and estates.

So, to find out which of the German trio can best match the Tesla, the crew at CarWow gathered a Mercedes-AMG E63 S Estate, Audi RS6 Avant Performance and BMW M760Li xDrive for both rolling and standing-start drag races.

Both the E63 and RS6 share many similarities, so them being evenly matched wasn't surprising. What might come as a surprise is the BMW being able to keep up with its German rivals, despite being the most luxurious of the three, weighing more, and not even being a proper M car.