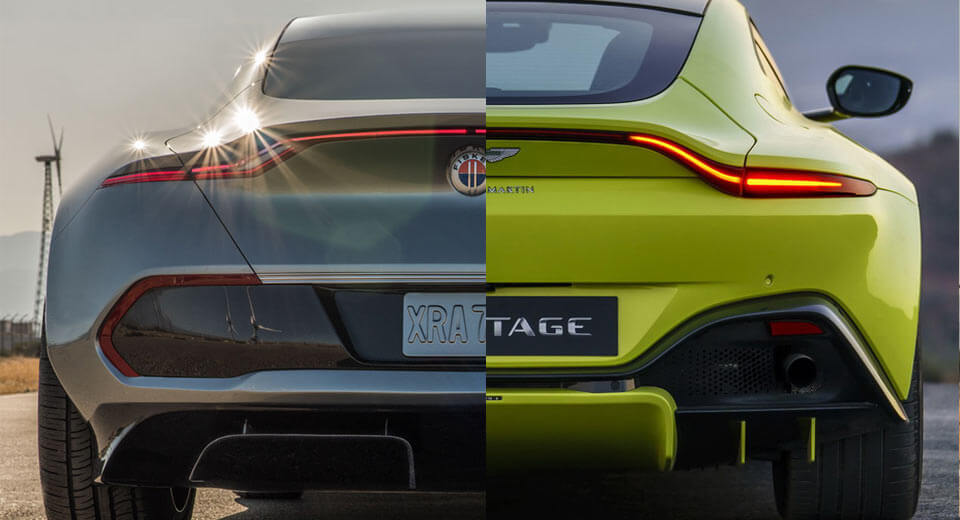 The new Aston Martin Vantage is certainly a departure from the brand's usual design, though the front end seems to be at odds with the rest of the car. However, it is the rear of the Vantage that has us most interested.

A radical departure from the outgoing model, the new car features a single LED strip stretching the width of the rear and curving upwards as part of the car�s decklid lip spoiler. Interestingly, this isn�t the first time we�ve seen a car with this design.

Earlier this year, Fisker unveiled photos of its upcoming Model S-rivalling electric sedan, the EMotion, and, surprisingly, the upper part of its rear end looks almost identical to that of the Vantage.

Aston Martin claims that the new Vantage was designed in 2014 and it�s almost certain that the EMotion�s exterior styling hasn�t been around for that long. Interestingly, Henrik Fisker was the man responsible for penning the original Vantage back in 2005.

What do you think�s going on here? Did Fisker somehow get his hands on the Vantage�s design before anyone else or is it just pure coincidence?

We�ve reached out to Fisker for an answer, so we'll let you know when it comes in.