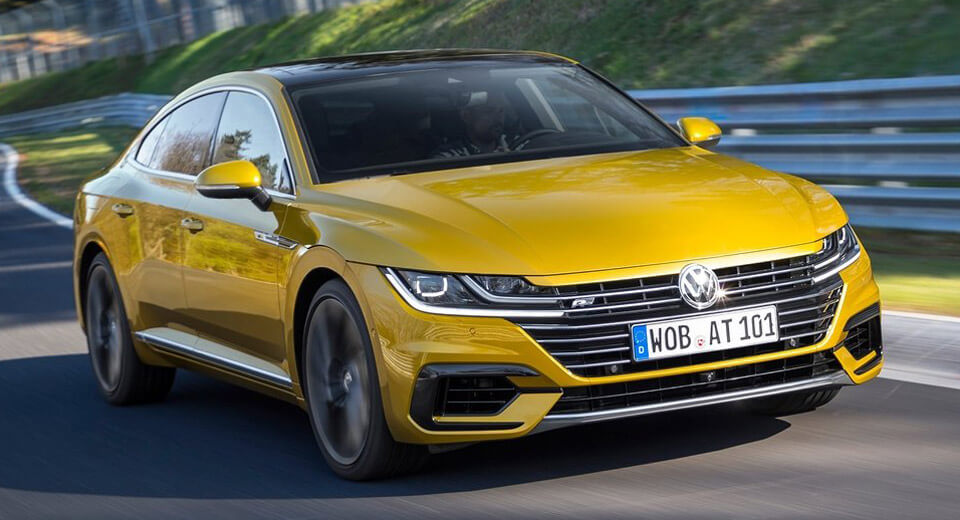 If you looked at the new Volkswagen Arteon and thought it'd make a solid basis for a performance sedan, you're not alone. In fact, according to reports, VW is working on just such a beast – with over 400 horsepower.

Speaking to Car Throttle at the media launch of the new Polo GTI, Volkswagen spokesman Martin Hube said that the company has a prototype for an Arteon R in the works.

“I’m totally convinced that this combination is extremely nice,” said Hube. “We’ve combined it with the last version of the Haldex [four-wheel drive system], where you can provoke a bit of oversteer. This is a real agile, powerful car.”

Hube even went so far as to suggest that it'd be a hotter performer than the Porsche Panamera, base versions of which also employ a 3.0-liter turbo six to the tune of 325 horsepower (434 hp in 4S spec).

Here's hoping that the bean-counters in Wolfsburg give it the green light, even if it's almost entirely unlikely to make the transatlantic voyage to North American showrooms.