Peugeot Puts Its i-Cockpit In A Boat's Helm Station Concept 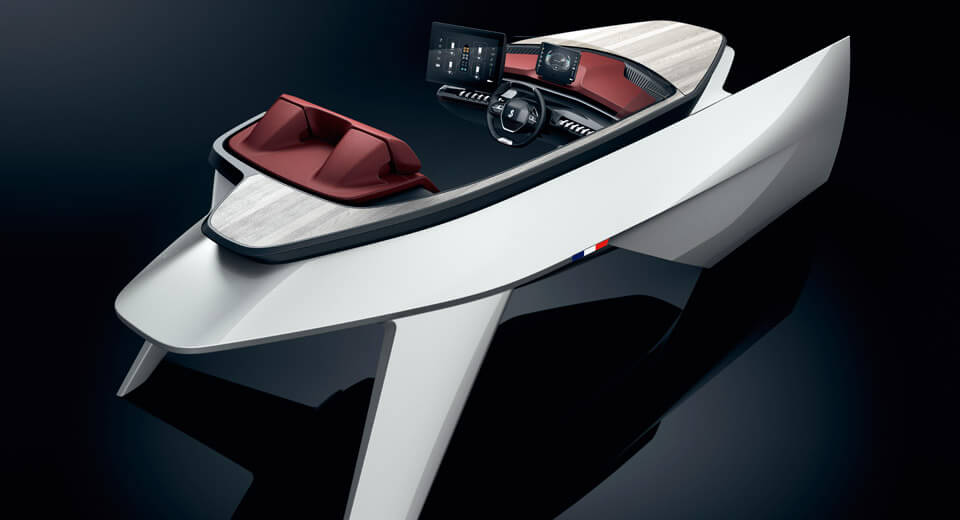 Peugeot makes cars, of course. But it also makes motor scooters, bicycles, even pepper grinders. But boats? Well no, it doesn't make boats. But Beneteau does, and the two have teamed up to design this conceptual pilothouse.

Called the Sea Drive concept, the design takes the i-Cockpit format, which Peugeot has implemented on models like the 208 and 308 hatchbacks (and 2008, 3008, and 5008 crossovers), and applies it to a boat's helm station.

That means a compact steering wheel for easy maneuverability, a large 17-inch touchscreen Ship Control interface, a head-up display, and a minimal array of toggle switches for vital functions. It's all done up in Nappa leather, copper topstitching, and satin chrome trim to give it a premium look and feel.

That Ship Control system controls and displays a wide variety of onboard functions: lighting, air conditioning, navigation, electrical, audio system, engine, battery and fuel levels, bilge pump... just about everything but the rudder. It also allows for multiple tablets to be deployed around the vessel to control all functions centrally.

We wouldn't expect Peugeot to start producing boats now, but we wouldn't be surprised to see a new line of Beneteau yachts put to sea with the innovations ascribed by the Peugeot Design Lab. 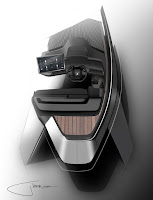