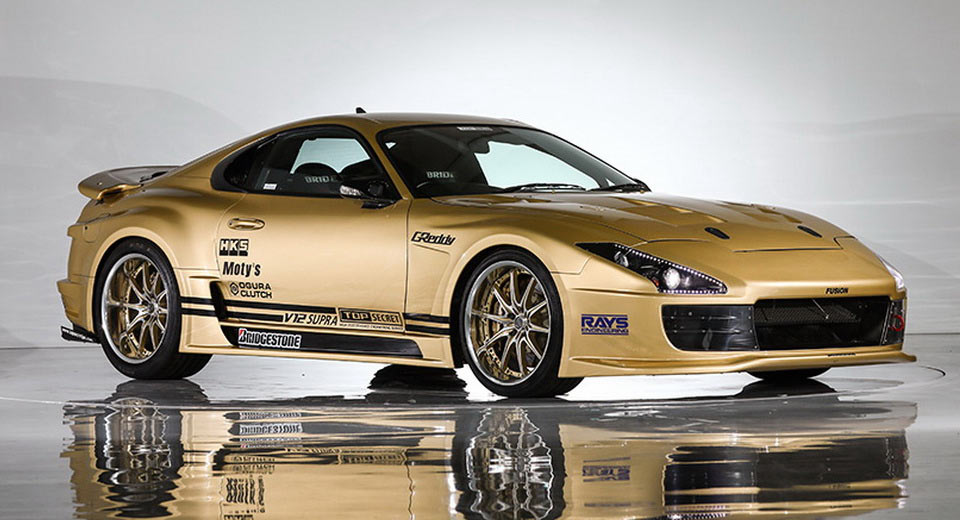 If you grew up watching ‘Smokey’ Nagata doing all sorts of silly stuff on the road, then you’ll probably recognize this specific Supra; that’s right, this is his personal gold ‘Top Secret’ Toyota Supra powered by a twin-turbo V12.

The man behind the famous tuning shop replaced the original's 2JZ engine with a V12 from the Toyota Century before going crazy on the mods. After adding twin turbos and nitrous oxide, the V12 Supra puts out a claimed 943PS.

Nagata’s exploits include shipping the car to the UK, where he hit a claimed 197mph (316km/h) on a public highway at night and in the rain, as well as taking it to Nardo in Italy in 2008 for a proper top speed run, with the result being a rather impressive 222.4mph (357.6 km/h).

This Toyota Supra is also wearing a full wide bodykit from Top Secret that makes it 100mm wider than the stock Supra and is supposed to reduce drag at high speeds.

The chance for buying a car with such a history record is without a doubt a rare one and probably will attract the interest from all around the globe when it crosses the auction block on January 12 at the Tokyo Auto Salon.