Pininfarina Hypercar To Hit 60 MPH In Under 2 Seconds 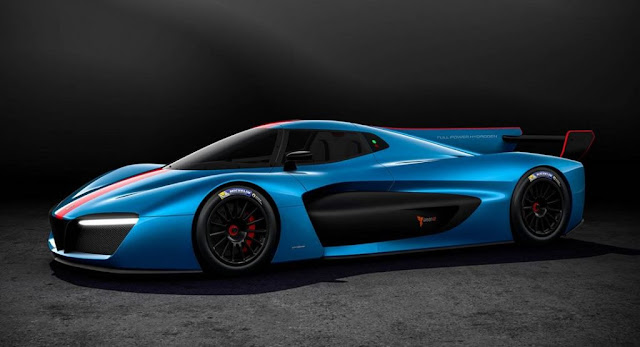 #Pininfarina’s upcoming #hypercar will become one of the world’s fastest-accelerating production vehicles when it arrives in 2020.

The new model will launch shortly after the production-spec H2 Speed, and will borrow technology from the Mahindra Formula E team and potentially Rimac too.

Speaking to Automotive News about the vehicle, the head of the Pininfarina car brand, Michael Perschke, revealed that the hypercar will reach 60 mph (96 km/h) in under 2 seconds, power through to 186 mph (300 km/h) in less than 11 seconds and have a range of roughly 300 miles (482 km). The car could be dubbed the PF-Zero and will be strictly limited to only a handful of examples.

A new breed of electric hypercars is coming.

If the Pininfarina hypercar does arrive in 2020 as planned, it will offer similar acceleration to both the next-generation Tesla Roadster and Rimac C_Two. Whereas vehicles with internal combustion engines seem to have plateaued at roughly the 2.5-second mark in reaching 62 mph (100 km/h), these three electric hypercars are promising to achieve the same feat in less than 2 seconds.