Toyota Thinks Hydrogen Will Reach Cost Parity With Hybrids By 2025 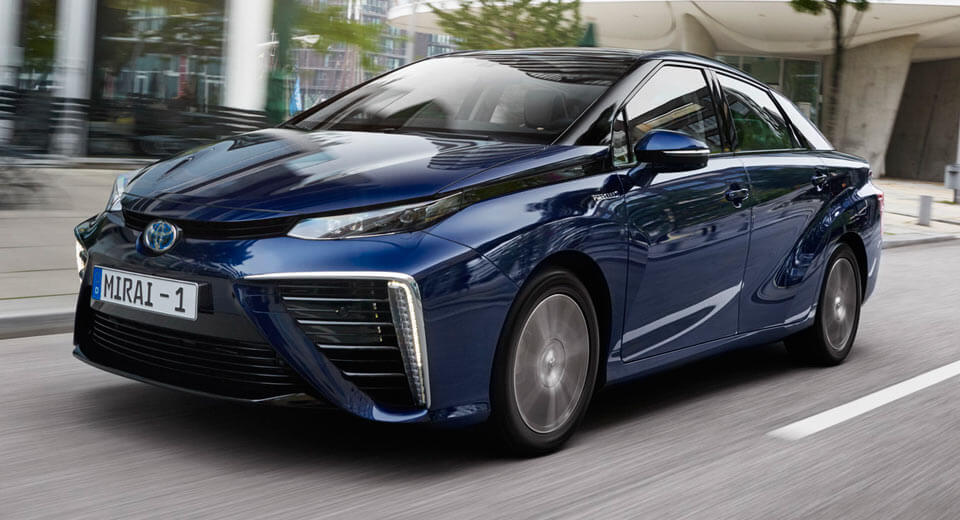 Toyota believes hydrogen-powered vehicles could become as affordable as hybrids by 2025.

While speaking at the Tokyo Motor Show, officials from the Japanese carmaker said that hydrogen fuel technologies are set to get much cheaper to produce and will prove more efficient in the coming years. Additionally, Toyota believes sales of hydrogen vehicles will rise sharply, despite the threat posed by electric vehicles.

Speaking to Autocar, general manager of new business planning for Toyota, Naomichi Hata said that hydrogen and hybrid vehicles will cost customers about the same.

“In the early 2020s we will launch the next generation hydrogen fuel stack technology, and that will provide a substantial move forward.

“Today production of the Mirai is limited to 3000 cars a year, but by 2025 we expect that figure to be ten times higher.

“As a result of these gains we expect - in Japan at least - the same car type to cost the same price whether it is a hybrid or powered by hydrogen,” Hata said.

There is a host of automakers hedging their bets on battery-powered electric vehicles being the future but a selection of carmakers are following Toyota’s lead with developments in hybrid, hydrogen and EV technologies. These include Honda, Hyundai, Kia, and Audi.