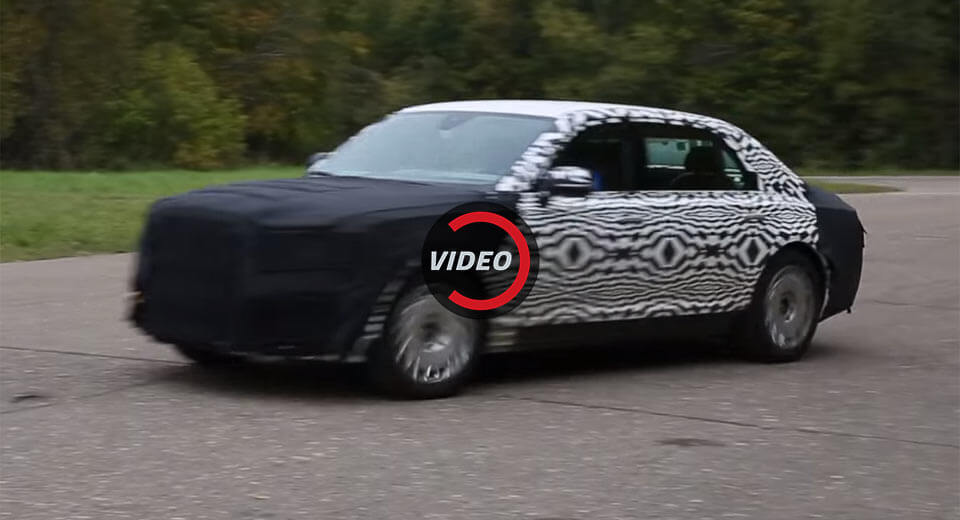 Russia has being developing a fleet of new vehicles through its Kortezh (Cortege) project for the past couple of years and the second model in the family is edging closer to production.

The Kortezh project will provide vehicles for top government officials and intends on spawning an automaker dubbed Aurus, producing a total of four different models. The first, a presidential limo for Vladimir Putin, has already been previewed, and this clip shows a large sedan in the midst of testing.

It will join an SUV and a minivan in the Aurus line-up and is expected to be powered by a V8 engine with around 650 hp, and mated to a nine-speed automatic transmission. Like Putin’s limo, the sedan will adopt an exterior design that strongly resembles the Rolls Royce Phantom and Ghost saloons.

As we previously reported, between 4000 and 5000 units of the limo, sedan, SUV and minivan are expected to be produced, indicating that the vehicles won’t just be available to Russian dignitaries but also to wealthy members of the public.