Who Ever Said The Pagani Huayra Is Tame? 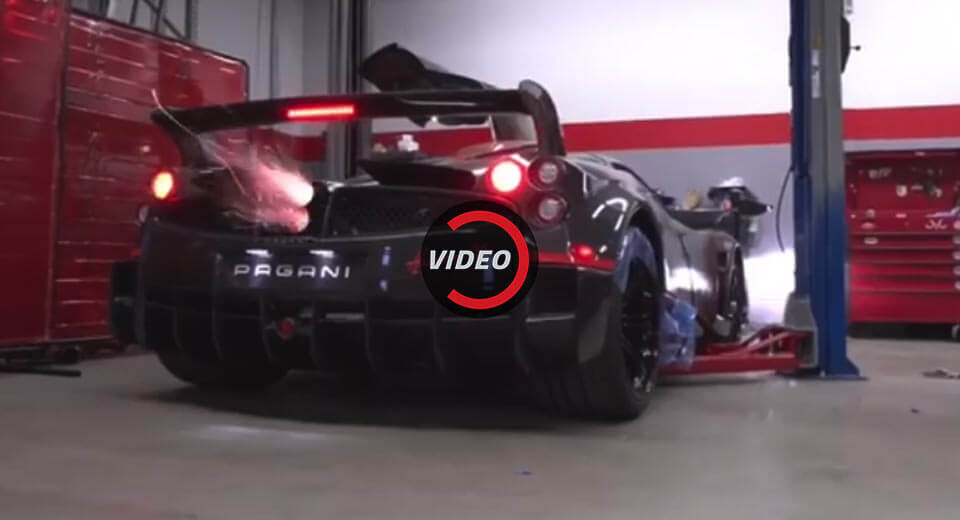 Although the Pagani Huayra uses a twin-turbocharged V12 engine and its predecessor, the Zonda, came with a naturally-aspirated V12, the Huayra is still unabashedly crazy.

In fact, the range-topping model, the Huayra BC, delivers a frankly absurd 789 hp and 810 lb-ft of torque. For a car that weighs just 1,350 kg (2,976 lbs), that is more than enough to send the Huayra BC into the stratosphere. Don’t worry about numbers on a spec sheet, the BC feels otherworldly.

The United States is easily Pagani’s biggest market and that means there are heaps of BCs nationwide. One of them is owned by prolific car collector Dan_am_i on Instagram, a man who also owns a Koenigsegg Agera RS, Lamborghini Centenario, LaFerrari, Pagani Zonda Cinque, Pagani Zonda Cinque Roadster, and a Pagani Zonda Tricolore.

Dan recently took to social media to share a video of his BC and while only brief, it helps to exemplify the car’s mean streak as it spits flames like a machine gun.