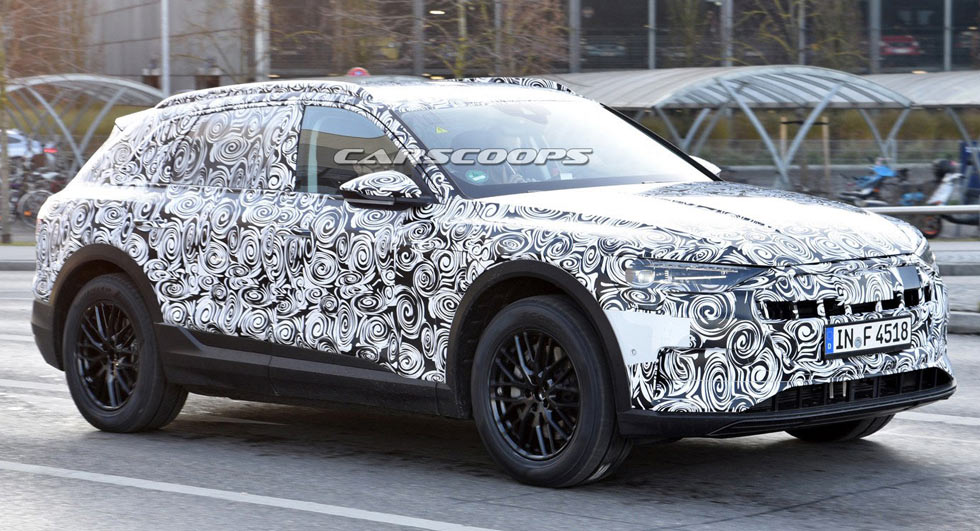 Audi is preparing to launch an onslaught of electric vehicles and the company's upcoming E-Tron Quattro was recently spotted undergoing testing in Europe.

Previewed by the E-Tron Quattro concept, the production model has a familiar design but adopts a less dramatic front fascia. Moving further back, we can see plastic body cladding, a rakish windscreen, and slender mirrors with integrated turn signals. Designers also installed roof rails and a gently sloping roofline which meets a tailgate-mounted spoiler.

Speaking of the rear of the crossover, we can see a heavily raked window and a relatively upright tailgate. Other notable features include LED taillights and no exhaust system.

The E-Tron Quattro will go into production next year at the company's plant in Brussels, Belgium. Audi hasn't said much about the crossover but previously stated it will slot in between the Q5 and Q7. It also promises to deliver an intoxicating blend of "sportiness, driving dynamics and efficiency."

Performance specifications remain unconfirmed but the concept had three electric motors which could temporarily produce 496 hp (370 kW) and over 590 lb-ft (800 Nm) of torque. This enabled the all-wheel drive concept to accelerate from 0-62 mph (0-100 km/h) in 4.6 seconds before hitting a limited top speed of 130 mph (210 km/h). Furthermore, the crossover had a range in excess of 310 miles (500 km) and could be recharged in as little as 50 minutes.